Yakuza: Like A Dragon – A hero rises. What kind of hero is up to you.

Like a Dragon is an RPG set in modern-day Japan. Created by Ryu Ga Gotoku Studios and Sega for PC, PS4/5, and Xbox. Is this new direction good for the 8th game in the series? Keep reading.

Yakuza: Like a Dragon is the 8th main game in the now long-established Yakuza series. From a fairly cult following of the earlier games, the developers Ryu Ga Gotoku Studios with Segas publishing skills have begun to transform the Yakuza name into a mainstream gaming brand with wide-reaching appeal.

After playing the game, it’s not hard to see why.

The game is visually excellent, regardless of which platform you play it on. Characters are well designed with their own unique styling and personalities. Facial expressions seem like a step above the competition, especially when you consider it’s an open-world game. The game world is almost photorealistic in parts. When you consider the work that the developers have done to increase the visual diversity of the game’s setting compared to previous iterations, it is a game you can very comfortably exist in.

Despite taking place in a modern-day, real-world setting, the developers have allowed themselves some creative flair in adding special effects to fight scenes, etc, just like previous titles. You would think it looks out of place, but honestly, it just doesn’t. It adds some character and visual highlights. Without it, the game would be a lot duller.

Ichiban Kasuga: Aren’t you a little short to be a Yakuza?

You play the part of Ichiban Kasuga. A likable rogue character in the lower echelons of one of the Yakuza families, the Arakawa family. He doesn’t quite fit the description for Yakuza street thug, though. He’s nice. He likes helping people. This is where you take over.

You sculpt Ichi into whatever type of character you want him to be through the actions you take in-game. Your choices will lead to increases in 6 distinct character traits: passion, charisma, confidence, kindness, intellect, and style. These will unlock different perks, bonuses, and features, as well as affecting how different characters interact with you.

Yakuza: Like a Dragon comes with an excellent supporting cast of characters with their own unique personalities and abilities. They are a welcome addition and do a lot of the heavy lifting in terms of immersing you into the role of Ichiban. 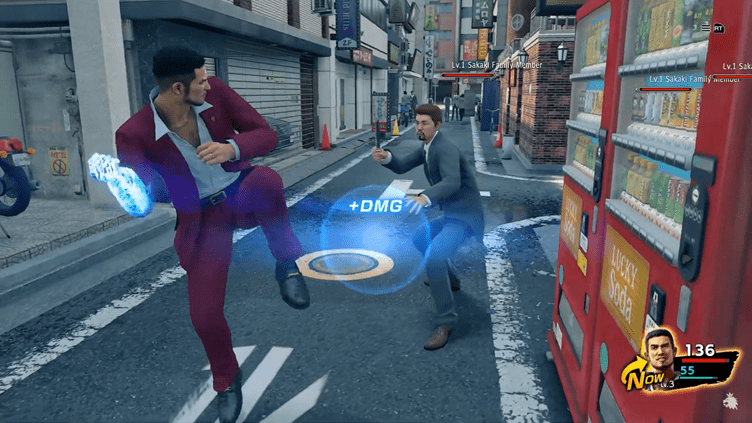 Attacks are accentuated with effects 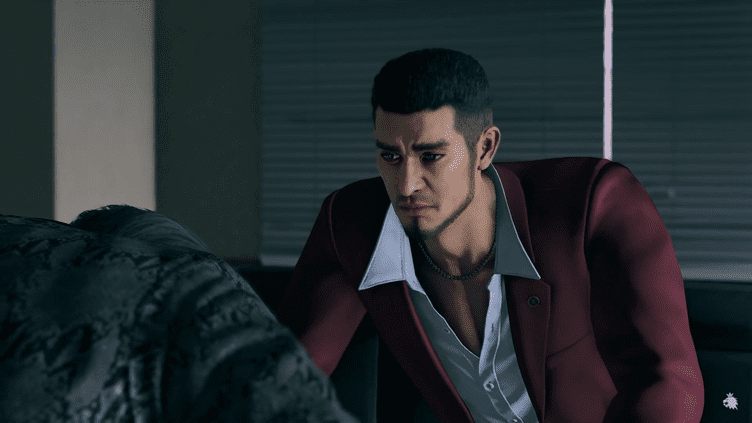 Maps of Kamurocho and Yokohama 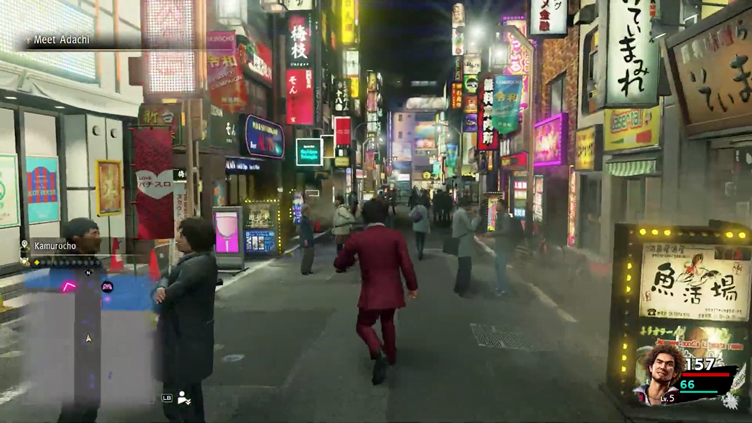 The city by night

Yakuza: Like a Dragon really has come up with a unique gameplay style that no game I can think of has tried to do before. There are elements of different games in there, and I’m sure people will compare them to existing titles. Yakuza pulls elements from the games I mentioned above in the following ways.

You have this large open world set in an urban city environment that you are free to explore as you see fit. The combat is turn-based, and you have a party of comrades with you that have their own unique skill sets. The street brawls, the way your characters move around and utilize props from the environment to batter your enemies.

Taking cool elements from other games is nothing new, but no one has taken these elements and mashed them together in this way to create a product this well rounded.

This is the first Yakuza game to move away from the standard button-bashing, free-flowing combat of previous games in the series. The introduction of a turn-based combat system is a BIG risk. Especially considering the success of the previous games. So have Ryu Ga Gotoku Studio managed to do it successfully? For the most part, yes.

When it is your turn, you have a choice to attack, guard, special, etc. Special gives you a list of different special moves that you can use to do different things and apply different effects to your opponent, such as stunning them. There are also different opportunities that present themself during the course of the fight. For example, you can deliver a follow-up attack if someone is stunned. If you are being attacked, you can time your pressing of the block button to lessen the damage. This all flows well and works to keep you engaged in the fight, even if it may not be your turn.

As per previous games, you can also utilize things around you in the environment as weapons for an extra satisfying strike.

Utilizing your party members correctly is a key strategy in Yakuza: Like a Dragon. Depending on which “job” they currently have affects the abilities at their disposal.

Jobs are Like a Dragon’s answer to the thematic problem of portraying classes in an RPG set in modern times. Jobs like a dealer, hostess, and idol, for example. Jobs have their own unique strengths and weaknesses. Some may offer the ability to heal party members, stun or weaken enemies.

Set in the city of Yokohama. The game world is completely open, and you are free to roam around it as you see fit. You can run or use taxis for fast travel. As mentioned earlier, the city of Yokohama is more visually diverse than the settings from previous games with a bay area, gardens, and other “mini biomes” to complement the main city structure of concrete streets of shops and restaurants.

The city is full of things to do. You can go to the arcade and play some Sega classics like Virtua Fighter and Outrun. You can go sing karaoke with your pals. You can go to a restaurant and get some food. You can go play minigolf. All of these things have an actual in-game benefit like increasing certain skills or attributes. It really works well in terms of immersing the player into the character and world.

It was a courageous move by developer Ryu Ga Gotoku to completely change the type of combat system from every previous yakuza game. How would a game traditionally known for its fast-paced combat fair with a turn-based system put in place? Actually, it fairs very well.

The shift towards more an RPG has really set this title apart from its predecessors and does wonders to draw the player into the beautifully crafted world and story.

My only concern is the difficulty seems to jump wildly from pretty easy to insanely hard, which requires you to go away and “develop” your character further…AKA grind like hell.