Wasteland 3 is designed by George Ziets and David Rogers, one of the game's leading developers. First, the designer explores the real city, which is a prototype of the game.

Wasteland 3 is a role-playing game from inXile Entertainment and The Deep Silver. The game was released in 2020 to users of Linux, macOS, PlayStation 4, Windows, and Xbox One. Players will be asked to immerse themselves in a post-apocalyptic world where people are trying to survive in Colorado’s harsh conditions. Get and save the necessary resources for the character and help him find allies.

Developers first announced work on Wasteland 3 from inXile Entertainment in September 2016. The game has been promised on Linux, macOS, PlayStation 4, Windows, and Xbox One. Among its authors are those who worked on Torment: Tides of Numenera (2017). Money for the project began to collect in October 2016. A sufficient amount, more than 3 million dollars, was collected in just one month, until November 3. Release date: The game was released on August 28, 2020. 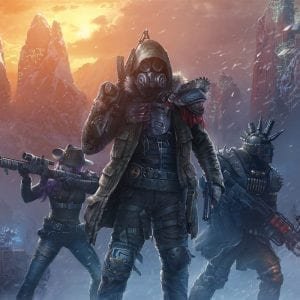 Wasteland 3 is designed by George Ziets and David Rogers, one of the game’s leading developers. First, the designer explores the real city, which is a prototype of the game. You try to find as much information as possible about the city, look at existing maps. Find out some historical events, visit special places that can ignite the spark of a cool idea or quest. In Wasteland 3, developers initially planned to use Colorado Springs as the main hub”. This city will become a center of concentration of exciting characters and quests.

Players will see familiar elements, sculptures, buildings, and more. During the city study, the developers learned that Colorado Springs is located near Mount Cheyenne, the US Air Force Academy, and the Gods’ Garden. It became the basis for creating additional opportunities to diversify the plot and gameplay. Since the character will have return to the city many times. The developers have thought of elements that will change so that the player feels the flow of time.

Events of the game take place after the thermonuclear war between the United States and the Soviet Union. The player takes control of a character who will have to explore the frozen deserts of post-apocalyptic Colorado and find new allies. 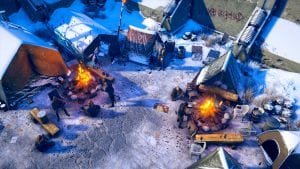 Wasteland 3 is a role-playing team game with turn-based matches. If the first part of the series player started at the Rangers Center, he created his characters. In Wasteland 2, the player was based in the Rangers Citadel, which housed important NPCs, shops, quests, and more. In Wasteland 3, the developers have made the Ranger Base a central element, greatly expanding its meaning. At the beginning of the passage, the player receives a Ranger Base in Colorado. It is only partially equipped, personnel, and staffed.

The player must expand his team at the expense of a promising local population. Only with him, the hero will be able to feel in someone else’s territory like a fish in the water. According to the development of the game story, the database will change. The player must create only the protagonist. All other characters will join the main during the game. It will be able to boast of having full-fledged characters. The developers have added variety and improved the dynamics of battles: animations have become faster, the speed of response has increased, time spent by the player to observe the actions of the heroes and characters of the enemy has decreased. At any moment, the enemy can receive reinforcements. The characters will be able to use special skills.

Wasteland 3 looks like a modern game. The graphics are pleasant from all sides, and the lighting is beautiful. The effects of shooting and explosions look juicy. Textures could have been of higher resolution, but this is a huge step forward compared to competitors. If you bring the camera closer to the maximum, then you can find fault with various details. But during the game, you don’t notice this – the game turned out to be beautiful. In the graphics settings, you can set the size of the video memory buffer. It will be used to its full, change a dozen different graphics parameters, anti-aliasing, texture quality, and post-processing effects.

• Freedom and variability of passage

• Full voice acting for the game

• Excellent balance of the combat system

• Bad balance of the economy

Where to buy Wasteland 3?
Best in online stores like Amazon.