Valorant – shooter game that can compete with Counter Strike?

Valorant is a multiplayer shooter game very similar to Counter-Strike. The question is whether all shooters are alike. Let's check it out!

Valorant is a F2P team-based video game in the genre of the first-person shooter. Riot Games studio develop and publish this wonderful game for Microsoft Windows.

Valorant is a classic team shooter, where the gameplay is tied to the confrontation of two sides with five players each. If the trailers and streams of Valorant resembled a copy of Counter-Strike: Global Offensive, then it is. The developers from Riot Games decided to play on the famous project field, as they once did with Dota 2 and Valve.
Before the start of the match, gamers buy through the “B” key. They give pistols, rifles, shotguns, machine guns, light and full armor, as well as special skills. But the choice is significantly limited, and not all of them are used. For example, a shotgun is almost always useless because the average range of most collisions is high. There are exceptions, but they are few. Some heroes can quickly move behind the enemy’s back, while others quietly go around and set up ambushes. So a shotgun is useful for them, but here they still have to learn how to apply skills correctly.

During the purchase, players can move to limited places on the map on each side. These zones are much closer to each other than in CS: GO. Therefore, after the start of the round, enemy clashes, with rare exceptions, occur immediately.
Because of this, the rounds in Valorant rarely last more than one or two minutes, but the minimum requirement of 13 wins drags the game to half an hour or longer. And it is sometimes annoying. In the future, I would like to add other modes, but the main one, most likely, will be this one, so get ready for a minimum entry into the game for half an hour. 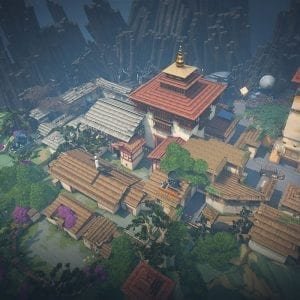 Valorant is similar to Counter-Strike: Global Offensive and has a shooter component and a map design with multiple shooting spots and two or three mandatory points for Spike. Fans of the Valve shooter will get comfortable here in a matter of minutes. But fans of more dynamic battles will find it boring to play at first.
There is almost no need to strafe because the maximum accuracy is achieved while standing still, and the TTK is very fast. So the collision of two enemies rarely lasts longer than a couple of seconds. But most often, it ends with an instant headshot.
They sell various cosmetics, including avatars, icons, graffiti, gun keychains, and more. But a lot is given for free. You have to complete tasks and raise your account levels. Of course, it will take much longer.

Valorant also has its feature – heroes, they are also Agents. So far, there are ten of them, but only five are immediately available, and the rest are opening gradually. They are also allowed to be purchased from the in-game store.

All agents are of approximately the same size, regardless of race, gender, and specialization. So no one has any advantages over others. In Valorant, a skill often decides to shoot, especially from medium to long ranges. Because of this, it was important not to let some heroes be larger or smaller than others. So that it would be easier or more difficult to hit them.

Each agent has its specialization and four skills. Some are masters of reconnaissance, others are disguises, some are called upon to unleash the power of weapons on the enemy. And the fourth heal and resurrect themselves and their party members.
Each of them has four skills: one is available immediately, two more can be bought in the store along with the weapon, and the last is an ult, the readiness of which depends on the number of kills, won rounds, and picking up black orbs scattered around the map.

In any case, Riot Games has a decent niche product that will rip off a decent chunk of the market and take place in the hearts of gamers. It’s too early to judge how the esports side of the project will turn out. But the game has chances to outshine the barely creeping Overwatch league at the start, and then it will be seen.