The Elders Scrolls V: Skyrim is an open-world role-playing video game developed by the Bethesda Game Studios and released by Bethesda Softworks in 2011 on PC, PS3, Xbox, and in 2017 on Nintendo Switch. The story is set 200 years after Oblivion, on the continent of Tamriel, and it follows the Last Dragonborn trying to stop the world from ending.

It is a challenge to try and encompass all that any of The Elder Scrolls entries embody and give to players. The devs have put an immense amount of imagination, creativity, and passion into every installment. The Elder Scrolls V: Skyrim didn’t disappoint in 2011, nor when, in all our disbelief, Nintendo went beyond our expectations and released it on Switch.

Skyrim follows the grandiose premise each RPG promises, and it doesn’t fail to make it real. It is colossal on every level: scale, scope, capacity. Many players sunk hours of their lives in the fantastical world of Skyrim, where one can walk alongside all kinds of extraordinary creatures, such as trolls and tree-like humanoids.

However, transferring the breadth of the game’s possibilities and locales to Nintendo seemed like taking a leap that could end in a catastrophe. Yet, they surpassed the expectations because Skyrim won three awards, including the 6th most shared game of 2017. Whether they used the Elder Skroll’s magic to alter reality or it was pure love and expertise, Bethesda brought Tamriel and all its inhabitants to this small console with success.

One more time, the devs gave an immersive world to the players that let them wander, explore, and do whatever they please. There is enough content to keep you fascinated even after spending 12 hours playing the game and ignoring your friends, family, and responsibilities.

But what makes Skyrim that marvelous and different than other RPG games? There are others with a probably better narrative, battles, or visuals. Yet, there is something inherently compelling about this one that ensures you’ll go back to the game after days of playing and always be equally impressed. We played Skyrim on Switch, and these are our impressions more than three years after the release!

From the moment you start the game, the abundance of its world will pull you in. The rocky mountains, mesmerizing waterfalls, snowy sceneries, and myriad of side quests make this Nordic enchantment rich and engaging. It is why Skyrim doesn’t need detailed visuals or photorealism of nature and facial expressions.

Every corner, village, carving, and tomb in the northernmost province of Tamriel feel unique, yet, they make a fascinating unity, leaving an impression of symmetry and belonging. Even the sound and music blend well, making you forget there’s a world outside of Skyrim. 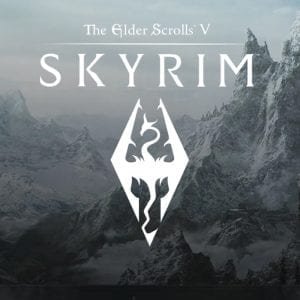 If you’re not familiar with the game’s story, it unfolds in a realm full of different factions, ax maniacs, and guilds, and it allows you to create your identity. You don’t have to be a righteous knight or the ultimate hero. Instead, you can be the epitome of an anti-hero, a rude warrior, or help a child kill the sinister orphanage owner.

The game encourages freedom of choices, so you can decide which side you will take in political and racial clashes. However, you don’t even have to know that when you start. Decide after exploring and finding what works best for you because your character will evolve and change.

There is also no particular order you should take in doing things. Take the quest that you want and when you want. You can travel to the distant parts of the continent without disrupting the timeline or falling into the trap of your enemies. Hence you don’t have to focus on the main plot if there’s something more entertaining. Besides, it makes you an active inhabitant of Tamriel because you control your own path and don’t have to wait for the tasks and quests to come to you.

All the battles, stories, and characters emerge and run smoothly on Switch. The game performs satisfactorily regardless of activities and areas, and consoles are efficient and easy to control, using two trigger buttons. That lets you block the enemy punches, strikes, and spells. You can also attack by combining different fatal movements.

Thus, The Elder Scrolls V: Skyrim stayed above 360 framerates, and transitions and load times were typically quick and steady. The interface is easy to navigate, and it’s where you can find your whole inventory. You can also quickly travel to previously discovered destinations or go for the next goal. The leveling system is also improved comparing to Oblivion because you can delay and leave areas you find too difficult. That allows you to come back once you’re ready and have improved your skills.

However, it’s worth mentioning that even though the combats can be challenging, the dragons aren’t as dangerous as they could be. They could be leveraged more intensely, considering they are the storyline’s focal point because their capacity wasn’t used to its maximum.

A marvelous unity of all elements

The minor flaws in Skyrim fade out compared to the richness of its world and a stellar blend of all the elements: visuals, stories, quests, music, sound, and technical aspects. It all works well on its own and in combination with the other, giving the game a marvelous unity of every element.

It might not be the best RPG, but it’s for sure in the top, and it will probably steal hours of your life, but you’ll be more than happy to give them.