StarCraft II: Wings of Liberty is a real-time strategy Sci-Fi video game developed and published by Blizzard Entertainment in 2010. It continues four years after the events in the first StarCraft game (1998), and the gameplay centers around the Terrans, Zerg, and Protoss and their clashes.

The fans of the original entry of StarCraft had to wait for long 12 years, but they got to see old characters, as well as locales, come back. The critical acclaim is a reliable indicator that Wings of Liberty was wort of wait, being the 2nd best, 1st most discussed, and 5th most shared PC game in 2010. Even though the critics and fans praised the highly engaging gameplay, they disliked no LAN and multiplayer region switch options.

Despite the hurdles, StarCraft II: Wings of Liberty was the fastest-selling video game in this genre after the release. Seven years after, it became free-to-play and available to everyone. The game includes 29 missions, it is single-player and non-linear, and it unexpectedly intertwines fiction and nostalgia.

Contrary to the briefing room in the 1998 game, this one starts with the battlecruiser called Hyperion. The campaign centers around the grumpy mercenary Jim Raynor, taking us back to Mar Sara, where Raynor has to fight the Terran empire known as Terran Dominion. The game also casts a light on his relationship with a psychic, Sarah Louise, who started as a Confederate ghost.

Raynor leads the rebel group called the Raiders. Since the resources were running low, he starts collecting alien artifacts and dealing with the Moebius Foundation, researchers with a zest for archaeology and exploring ancient locales. Hence, players get to immerse themselves in a mercenary campaign, which lasts roughly 60 hours.

Since the campaign is not linear, players can choose their pace and mission at any given moment. The progress highlights the principal theme of StarCraft II: Wings of Liberty: choices. You can decide which technology to purchase and in which missions you will engage. One of them is hidden and requires uncovering a particular secret to access it.

Missions themselves are, perhaps, the best element of StarCraft II: Wings of Liberty due to being unique, immersive, and adrenaline-fueled. For instance, you will encounter a lava flood in one of them and have limited time to persevere your units and transfer them to safety. Others will have you up all night because the enemy units only attack when the darkness falls or try to turnaround the outcome of the battle that the AI controls.

Wings of Liberty brings refreshment in the form of upgrades unavailable in the original game. Thanks to that, you can select different buildings and units to help your mission. You will probably love the units. For instance, the siege tank improves the firepower range. Or, perhaps, you prefer the Firebat who uses its fists for throwing fire.

The devs put a lot of effort into the Terran units, which reflects how responsive they are. Moreover, they manifest art and stellar animations and visuals. There is noticeable attention to detail as everything is highly expressive and has realistic expressions, including the arms movement and tank explosions. 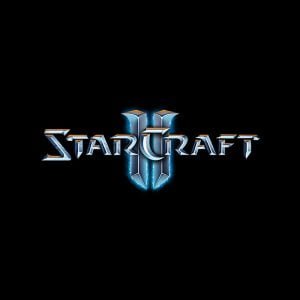 StarCraft II: Wings of Liberty is smooth and sophisticated in both modes, despite what players might expect in a single-player campaign. There is no repetition in mission, which makes more than what similar games used to offer back in time. However, the game relies on its predecessor, taking it to the safe side.

The game brims with nods to the ’80s action, which makes it nostalgic and cheesy at the same time. But the missions don’t feel forced nor cliche tanks to a stellar narrative that fills you with motivation and eagerness to reach the goals. You can also unlock additional units as you progress through the game. That will allow useful bonuses, such as getting better protection from the Marines.

Don’t expect to mindlessly chase your objectives because, in StarCraft II: Wings of Liberty, nothing happens randomly. Instead, you’ll have to decide which soldier combinations to use and deploy to defeat the enemy. The game requires aligning your plan with the situation and your opposition. When making a decision, be wary to ensure you’re going ahead with the right weapons and tech.

Overall, you will have many choices to make, and each of them could be critical. As a leader, you’ll have to make tough decisions, including whether you’ll save someone who could be infected. Some will be more entertaining, such as deciding whether and how you’ll upgrade your army or employ mercenaries to help you during the clash.

It is hard to pick when both options look equally attractive, and you run low in the resources department. If you decide to go for multiplayer mode, know that it’s highly competitive, and there’ve been questions of imbalances since it was released. However, it’s a rewarding and exciting experience that you will enjoy no matter if you win or lose. But there are Practice matches that will make you feel comfortable with your skills without affecting your ranking.

StarCraft II: Wings of Liberty is about immersive missions, spectacular animations, and details. It is not about overhauling the plot, taking a different direction, or shocking the audience. The game is loyal to its predecessor, and it keeps many elements players saw in 1998.

These similarities are not blatantly noticeable due to different improvements and tweaks. Thus, the characters are engaging, although they tend to be stereotypical. Indeed, there is more excitement when playing online. However, the algorithm will likely pair you with someone with a similar set of skills.

All in all, it is an immersive game despite not being as groundbreaking as the first one used to be. It will provide you with hours of unique missions, outstanding graphics, and different twists that elevate the game to the next level.