Rust – How the game works?

If you don't understand how the game works, you will find information such as gameplay instructions, videos, interesting links and much more.

Rust is a video-game play of survival. It is a multi-player game. The main plot of this survival game is to survive using stolen weapons or materials. The players playing this game must conquer their thirst, starvation and not die. Even if bears are going around looking to hunt you, you have a partner with yourself, the second player of the game. Both players have to live and manage not to die, along with their hungry stomachs and thirsty throats.
The missions or battles are completed through shotguns or guns in general and many other weapons, such as longbows. Besides, vehicles are controlled by characters who do not play the game by themselves. They will frequently roam around, aggressively attacking heavily-armed players, but that doesn’t mean that they cannot be defeated. They can be defeated with determination.

If you don’t understand how the game works, here are some links below to help you with the manual, gameplay, and many more things.

https://rust.fandom.com/wiki/Basic_Survival_Guide – The essential survival guide from the fandom website itself.

These players are the ones who won’t kill you as soon as they see you. They may want to try and help you out or treat you to food or shelter. The only thing you need to look out for is to make sure that it’s not a trap from a bandit. There are usually very few of these types of players. 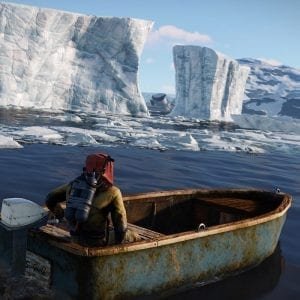 Now one thing is precisely that they will try to rob you sooner or later. They aren’t usually out there to kill unless they feel like they are being threatened. They will still be more likely to go to the newest players or players with lower-tier equipment with weapons out and demand any bullets you have, guns, armor, or resources you may have. Once again, the easiest way to protect yourself from being mugged or even possibly getting killed is to keep an eye out on your back and just not get run into strangers, especially those with guns.

This is a player who uses a kind of hacking method/ technique or a script. Speedhackers move very quickly and extremely fast. They can chop their axes very swiftly. These people play the game to ruin your experience, much like a griefing player. However, they do have benefits over you with their pretty good hacking tricks. Our best advice to you is to stay alert on them, and if you ever encountered one, try to record them, but also do not at any cost join this group, or you will be banned from the game forever.

They don’t do much, but these are the players who use a tricky method of deactivating their internet or executing their client and then rewiring to multiply their stackable items such as weapons. They can destroy the server due to the economy being tremendously overestimated. We advise you not to join this group for your own sake of not getting banned.

These are the players who are not the bandits but will try to act like one.
They piss off the rest of the players a lot. They would do things like glitch through the walls, going in and out, they will spawn, kill you over and over again until you get sick of them. They will also slam and spam doors of the base to not get out of the basement. The best thing to do is ask the admin for help and get these kinds of players removed. These players have got to get killed right on the side, with no casualties. The best way to avoid griefers is to avoid them, like how you avoid trolls.

The rust survival video gameplay was officially released on 11 December 2013. The updates have been very often for the game to run smoothly. Rust had its official full release in February 2018, not too long ago. The game is being played all across the world. There are around 102,296 players daily; since this is another release in February, it is a pretty good raise for its recent release. YOU CAN FIND MORE ABOUT THE CHARTS DOWN BELOW,
https://steamcharts.com/app/252490

ABOUT THE CREATORS OF THE GAME:

CONCLUSION OF THE GAME:

Rust game is an excellent game to play so be free to play the game and enjoy your gaming time.