Rust – new Update released this month, along with a closed beta

Announced by developers Facepunch Studios, this March update will be adding an entirely new area to the game: an underground rail network and a small casino area to Bandit Town.

For a game in its 8th year, Rust has recently seen quite a surge in interest from gamers, in large part because of online content creators boosting the game’s appeal. (If you are out of the loop, a group called OfflineTV made a server that drew the attention of a huge number of players and has been extremely popular on Twitch.)

Lately, the game has been consistently high in the Steam s 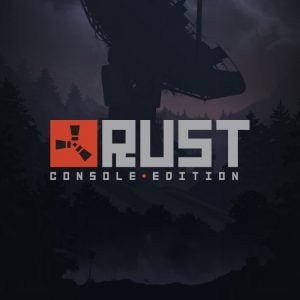 ales chart and has risen to the top and maintained that position for three weeks straight. (Although that is in terms of revenue, not unit sales- meaning that some games may have sold more individual copies, but since their game is cheaper, they did not make as much money). It’s no coincidence that the developers have announced that a closed limited beta in North America and Europe will test the game for Xbox One and PS4. According to a tweet from the Rust team:

“A limited number of Beta Keys were sent to the first few participants. If you didn’t get one, don’t worry, you will have more chances soon. ‘Bear’ in mind that the main purpose of the beta is to test out server stability, so we can’t invite everyone just yet.” – Rust Console Edition (@playrustconsole) March 1, 2021

This month some very major content will be added to Rust, including a vast interconnected underground tunnel network, to complement already existing transportation forms in the game. The entrances to these underground rail areas have been scattered worldwide and can be typically found next to existing monuments. Accessed by a spiral staircase or elevator shaft, these won’t be safe areas, and players will need to contend with the aggressively territorial dwellers of the underworld space (along with the risk of running into hostile players). Generally, the deeper into the tunnel you go, the more challenging the NPC opponents will be. Within the tunnels, players will be able to discover train stations (also new to the game), allowing travel to other stations, along with the chance to find loot, the value of which being dependent upon how deep you’ve explored.

Another new feature of the underground area will be driveable work carts. While you won’t be able to wield weapons while using the cart, you will take 50% as much damage. You should find two carts in each station easily and use basic fuel; you will drive them along tracks. They are difficult to damage and easy to repair.

Additionally, three new slot machines were added in Bandit Town. You can deposit as little as ten scraps or take your chances by betting more, with payouts ranging from 3 to as much as 6000 scraps. Good luck!