PlayerUnknown’s Battlegrounds – Do you dare to face in combat?

PlayerUnknown’s Battlegrounds was initially released on July 30, 2016, developed and published by PUBG Corporation in collaboration with KRAFTON, and Lightspeed & Quantum.
The game concept is based on the struggle to survive on a map with 100 other players. You have to gather supplies, kill enemies with guns, and defend yourself to be the last one standing.
In short, PUBG is an FPS shooter game that can be played with both TPP and FPP styles of play.

PUBG mobile is based on the concept of a PvP shooter game where 100 players fight in a selected map, and the last alive player(s) gets the win (Winner Winner Chicken Dinner). Players can choose to enter the match solo, duo, or with a small team of up to four people. Players in the same squad can communicate with each other via an in-game mic. Your rank also increases with the increase in points depending upon how well you have survived with a decent number of kills. At higher rank, the opponents are likely to be more challenging.

Mainly, the game’s focus is Classic mode, which can be played solo, duo, or with a squad (4 players), and you play five different maps. 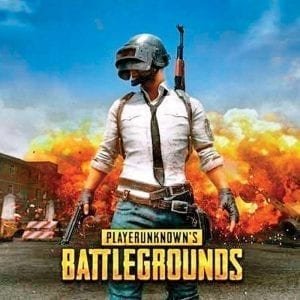 Like all other shooting games, this game is also based on both individual skills and teamwork. PUBG is also a co-op game where teammates help each other to survive in the game. PUBG features 3D sound by which you can hear the sound of coming enemies and can easily trace them. You can also see the footsteps of the enemies in the mini-map. UC is the currency used to buy different items and skins to give your gameplay a classic look.
With so much detailing in the game, PUBG tests tactical skills, decision making, team coordination, social skills, and multitasking skills of a player.
You just have to connect the game account with any of your social media accounts, and all your friends will appear as your game friends too.

The mobile version is much more popular than the PC version. PUBG has grown enormously in the past few years, and the mobile version has more than 50 million active players.
Currently, in terms of Esports, PUBG comes out at the top in the list of popular competitive shooter games. Every year, PUBG officials are organizing international tournaments with huge prize pools to keep the players engaged and have an opportunity to prove themselves.

Is PUBG worth it?

From controls to privacy settings, everything can be customizable according to your gaming device. However, the game size is big, but the size justifies its features and usability. PUBG is not a free-to-play game, you have to pay for it before playing, but you can play PUBG mobile on your PC using an emulator without spending money.