Overwatch: winner of “The Game Award for Best Esport Game”

Overwatch, a multiplayer first-person shooter game, is undoubtedly a masterpiece growing in Esports. Released on October 27, 2015, developed and published by well-known developers, Blizzard Entertainment in collaboration with Iron Galaxy.

The concept of the game is based on a team-based contest. The game assigns players into two teams of six players each then they will fight with each other using different characters with unique abilities commonly know as “Heroes” in the game.

Initially, it was launched with only first-person but now Overwatch can be played with first-person as well as third-person perspective.

The game is available to play on PlayStation 4, Nintendo Switch, Xbox One, and Microsoft Windows.

There are a total of 7 modes to play in Overwatch, these modes are classified in classic mode ( regular mode) and arcade mode.

There were 21 heroes in Overwatch at the time of its release but now there are 32 playable characters (Heroes) with some of the supporting characters in Overwatch. Each character has its unique ability and backstory. You can choose among any of these heroes depending on your play style. In regular modes, each team can only have 1 of each hero however the arcade modes allow the teams to have more than one of a type. Every hero has at least 1 weapon while some can even have 2. Heroes can also speak to each other based on their backstory during the matches.

These heroes are categorized into three different roles:

The tank heroes come up with the ability to protect teammates, attacking enemies, and fight on the front line. They have a powerful ability to survive and protect the allies with shields and crown control.

Some of the top tank heroes are:

The damage heroes are the heroes with incredible play styles to engage and defeat the enemies with a variety of weapons and power. Securing kills is mainly the duty of a damage hero. 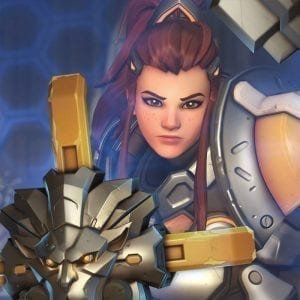 Some of the top damage heroes are:

The support heroes provide support for the team by increasing their survival, speed, and damage output that helps in boosting the overall performance of the team. They are not good enough in combat but can be powerful close to their teammates.

Some of the top support heroes are:

The different roles and a large roster of heroes allow the players to explore which play style and heroes match with their playstyle to perform the best in the game.

As we have witnessed that Overwatch has won the title of the best Esports game.

Every year, the officials are organizing a professional esports league for the video game called Overwatch League (OWL). Other than that, several other professional tournaments take place annually. These tournaments provide an opportunity for everyone. The teams and professional players from all over the world can compete with each other to win the title of the best Overwatch team in the world along with the huge prize pools.

Overwatch is considered one of the most popular Esports game.

Is Overwatch Worth it?

After reading the complete review and watching the videos, you will get a clear idea of the concept and gameplay of the game.

The game provides action and strategic experience at the same time. Overwatch can be proven very interesting for hardcore lovers. The distinctiveness of the game makes it a worthy shooter game to play.

The graphics are amazing with perfectly matching audio. The developers are regularly updating the game. If you like intense strategic fights or any shooter type of games then you will also like playing this exceptional team-based video game.