Need for Speed: Most Wanted – can you escape from the cops?

Need for Speed: Most Wanted is the next installment of EA's series of popular racing video games from 1994. Take on the role of a street driver and win the race.

Need for speed most wanted, is part of the ongoing popular racing game series known as Need for speed™. This series of games has been ongoing since the early PlayStation days, and have since evolved into super-fast racing games, that usually involve the racer breaking the speed limit, and usually causing destruction, or executing devious actions. Whatever it may be, Need for Speed: Most Wanted is a game where the cops are constantly after you, and it is your job to outperform them and outsmart them in every way possible.

The city of Fairhaven has several places to race at and has so much to offer in terms of activities, and things to do. Although the majority of the time it usually ends up in you being chased by the police, exploring the city is quite literally one of the most enjoyable parts of Need for Speed: Most Wanted.

The objective of the game is pretty basic, your goal in Need for Speed: Most Wanted is to become the best Speed racer in all of Fairhaven and evading the cops as much as possible, to avoid being punished. Every time you win races, you are rewarded speed points, which you can use to modify and upgrade your cars. You can use speed points to purchase nitro and other enhancements to your vehicles.

Once you gain enough speed points, you will be able to take on the cities most notorious racers, head on head. In a way, this is kinda like the “boss-battles” of the game. In order to win these “boss-battles”, you need to win these races. Once you win enough races you will eventually become Fairhaven’s most wanted racer.

In general, Need for Speed: Most Wanted, has some fantastic races to choose from, and a great host of cars to race in. The races in this game feel super fast-paced, and overall just an awesome experience to drive through. You will be driving through cities, cliffs, restricted areas, and the countryside as you race your way to victory. 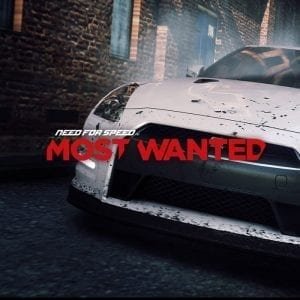 Another golden feature of Need for Speed: Most Wanted is its insane multiplayer value. This game has some really fun multiplayer action that has a lot of value for you, and your friends. For starters, your friends can join you, and race you around the city. This means you will be able to not only race the AI already available in the single-player campaign, but you now have the ability to race your friends too. So for you gamers that enjoy playing with your friends, this a great opportunity to dive into the action.

The overall driving experience across the city is breath-taking and visually appealing. The aesthetic of the city and the quality of the visuals make fun a super fun race down Fairhaven. There are so many areas to race from. From the downtown area to restricted areas, to cliffs, to basically anywhere, and anything. The city is bursting with life, and has many roads to race on, making it super easy to drive around the city.

The disappointing Need for Speed: Run, left a lot of gamers, and critics concerned about the future of the Need for Speed franchise, and although Need for Speed: Most Wanted is a far superior game. It still shows that Need for Speed series was starting to become repetitive. Not only that, but racing games, in general, these days have become very over-saturated in popularity, making them inescapable.

Some races require the player to have a certain vehicle for a given race. Although in theory, this sounds like a cool concept, the reality suggests otherwise. Having to get a vehicle for just 1 specific race just makes it super inconvenient. Thankfully this is only for a few races and isn’t the majority of them. Otherwise, this game would have suffered the same fate as Need for Speed: Run.

Should you buy Need for Speed: Most Wanted?

Need for Speed: Most Wanted is a pretty inexpensive game these days. I cannot give you a specific price, because the price for this game tends to fluctuate a lot, however, based on most retailers I’ve seen, the game tends to sell for around $20 USD, and in some cases lower if you can find it used. This is great value for your buck since older games tend to get overlooked for their poor graphics, and outdated mechanics. Still, though this is a great price for a racing game that offers so much out of the box, and in my opinion is 100% worth the price.

Overall Need for Speed: Most Wanted is a very impressive racing game and is very much a blast to play. There is so much content, and joy to be had in this game, that it is really great!

Even if you aren’t a big fan of racing games, it doesn’t matter, because this game has so many features, that it will almost certainly appeal to all gamers, racing fans or not.