Monster Hunter World, is an RPG game released in 2018 and developed by Capcom. It is available for Xbox One, PS4, and PC. A game where when you defeat the monster you can upgrade your weapons. Sounds interesting? Check out the article.

Monster Hunter World has a simple gameplay. Player is basically hunting monsters to upgrade gear to defeat more monsters, to get more gear, to defeat stronger monsters. The cycle repeats itself throughout most of the game. Finding monsters can be a challenge at times, thankfully there are clues to help you track down monsters, like globs of mucus, and footprints, therefore making your voyage for monster hunting much less time-consuming, and much more easier.

The environments in the game are certainly astounding in terms of depth, and beauty, and each biome/environment has its own set of monsters, and unique areas to explore.

Monsters range in difficulty, some can be mindlessly easy, while others can be harder than a rock. Ultimately the range of difficulty depends on the biome, and how strong the monsters are. With this in mind you should always be prepared for defending yourself, and always try to avoid stronger monsters, because they can be deadly for early-game players.

The world of Monster Hunter World is so colorful and bright and full of detail and diversity. The world has several environments, biomes, regions, monsters, and things to explore within it. The exploration in this game is super fun and enjoyable. Seeing the different monsters that can appear within different regions, is a super enjoyable experience. 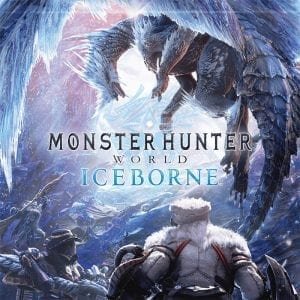 Should you buy Monster Hunter World?

For first-timers, this installment of Monster Hunters might be a bit too extreme for first-timers however, with that said if you still want to give the game a go, you may not have a bad experience if you have the patience to handle the toughness, this game will present. First-timers should stick to older installments of the series, to get a better glimpse of how to play the game, and what to avoid.

Monster Hunter World is a bit on the pricey side of games, retailing for $29.99 on the steam store. Although the game is slightly pricey, the money is definetly worth the price paid, since your getting so much value from this price, and hours of content to be enjoyed.

In conclusion, Monster Hunter World is a fantastic RPG game, with a great selection of characters, fantastic story, really awesome music, and diversity of environments, this game has it all. The sheer amount of content in this game makes it definetly worth your time. Do you want to try your hand? You can purchase the game on Steam.