Is Epic Seven worth playing?

Epic Seven is an astounding, massive RPG that brings the anime world to life creatively and powerfully. Here you play the role of a covenant heir, and you will need to fight the archdemon.

You will need to become more and more powerful by removing all enemies from the land, acquiring new gear, and expanding your reach. At the same time, you will find yourself acquiring new abilities and enhancing your skills in a powerful manner. 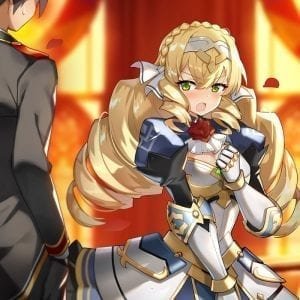 Many mobile RPGs try to add only dialog panels to remove the number of voice acting needed. Epic Seven does very well here because it allows you to integrate voice acting cleverly while making it fun and a lot more engaging for everyone. The visuals in this game are amazing, it looks like a big-budget anime that you can browse through and play the way you want. It’s extremely fun and rewarding, exactly what you would expect.

Based on my experience with the game, I found Epic Seven to have a very interesting, fun gameplay experience with lots of exciting mechanics. They have a turn-based combat system, and you can use different abilities during combat as well. Every hero is tied to a specific element out of the five found in the game. That means some enemies are powerful against ice, but they are weak against fire. Managing and handling these weaknesses is the right way to eliminate your enemies.

If you want, you can play the overall story, but you can also enter the arena, become a part of a guild, and access all kinds of great missions. The interesting thing about the game is that it also has buildings with very specific purposes, such as boosting your power, creating creatures, crafting gear, and so on. Building and upgrading these is very important, especially as you become stronger.

Does it run smoothly?

When it first launched, Epic Seven had its fair share of roughness. But after numerous updates, everything is running smoothly, and the game is better than ever. It’s very important to update the game to the latest version and also ensure that you have the latest phone updates to be safe. This way, you can be 100% sure that you’re getting the best possible experience and optimization.

Is it pay to win or not?

As far as my experience goes, Epic Seven is a pretty good free-to-play game. You do have the opportunity to pay in order to speed things up. But there are no special OP items that are behind a paywall. However, the fact that you can speed your way and become powerful faster can be problematic. So while speeding things up can make the game pay to win, you do have the option to reach the same results via grinding your way up. It’s a classic Gacha game that you can still play for free, but paying for things is much sweeter.

Should you play Epic Seven?

If you like anime and RPGs, then this is a match made in heaven. The game looks amazing, and it’s also bringing in a high level of depth and incredible quality. The turn-based gameplay is engaging and a lot of fun. It might take a bit of getting used to, especially since there are so many mechanics. But it’s worth it.