HearthStone is an award-winning well-developed game with the British Academy Games Award for Multiplayer and The Game Award for Best Mobile/Handheld Game in its hall of fame.

Before discussing the game, first, let’s look at the achievements of this exceptional game. Hearthstone is an award-winning well-developed game with the British Academy Games Award for Multiplayer and The Game Award for Best Mobile/Handheld Game in its hall of fame.

There are countless decent card games out there, and among them,
Hearthstone can be taken as a quality digital card game to play. Growing in Esports, HeathStone has taken card games to the next level.
It was initially released on March 11, 2014, developed and published by Blizzard Entertainment. Both the PC and mobile version of the game is available.
In simple words, HearthStone is a strategic online multiplayer card game that gives players a good challenge to learn game and card tactics.

Like all other card games, Hearthstone is also a turn-based multiplayer game. It is a collectible card game where you can use casting spells, equip weapons, summon minions to do battle on your behalf or even replace the chosen hero with a Death Knight hero. The game is available on all Android and iOS devices and PC as well.

In the game, you have to collect powerful cards and build a dominant deck to defeat the opponents.
A match in Hearthstone starts with a coin toss; the player winning the toss goes first. Taking the first turn always gives you a strategic advantage in the game, but the other player is given a special card to keep the odds the same. Once both players accept their hands, the match finally begins.
The matches in Hearthstone are of PvP and Co-op, depending on the modes that you have chosen.

Is Hearthstone pay to win? 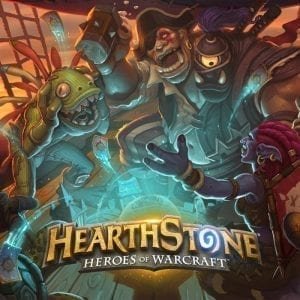 With more than 100 million active players, Hearthstone is a free-to-play game. You can easily download the game from Google PlayStore or get Hearthstone from the official website.
However, in-game purchases of cards are available, which you can also unlock or craft yourself by winning more matches.
As Hearthstone is one of the few famous cards game in the Esports sector, if you are good, even make some good money by playing competitive or doing live streaming of your gameplay.

Is Hearthstone worth playing?

Specifically for card game lovers, this game can be great fun. The relaxing music of the game is one of the pleasant things in all the game’s action.
Hearthstone is a challenging game with so many things to take into account while playing.
If you are good at card games in real life and understand the strategy with action, maybe this fast-paced game is worth giving a try.