Hades rogue-like game from the developer of Bastion

Hades is a kind of real devilish RPG action from the developers from Supergiant Games, who released such good projects as Bastion and Transistor.

Hades is a reasonably familiar rogue-like that was popular in many games of the past. The locations are generated randomly, hordes of enemies attack the main character. If your hero dies, you lose all or most of your accumulated progress. Curiously, there is not even any training or explanation of mechanics before starting the game. There are also several weapons and something like the standard grenades, which can be thrown into a crowd of opponents, saving yourself a lot of time to destroy them one by one.

There is an ancient Greek analog of Hell in the form of Hades. The protagonist of the game is the son of the god of the same name, Aida Zagreus. Zagreus is an ordinary young man who became bored in a large palace. And he decided to fight to escape to the world of ordinary people.
To get to ordinary mortals and get out of the palace, Zagreus needs to pass several dozen rooms. Those are generated in different ways. Of course, Zagreus will have to die very often, and his father, not without weariness in his voice, informs his son that his victories from Hades are doomed to failure. If you take the primary source in the form of myths, then according to them, the famous dog Cerberus guarded the exit from the palace, but in the game, the faithful guard is absent to lie at the throne next to his master. 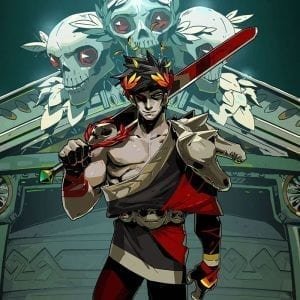 I want to note that the characters have good voice acting and look good. But, unfortunately, it is not enough, and it is very boring to watch them. It is most likely due to genre peculiarities; there is no complicated plot in these games, clearly worked out characters and difficulties in choosing or determining one way or another. They took a break after another battle, pumped a little, bought new weapons and equipment, and again to a new location to crumble the arrived enemies. And here you are served with phenomenal voice acting, extended dialogues, and a detailed description of each character and his fate. It might be helpful to have a look at all this data.

Firstly, out of respect for the game creators’ work, and secondly, because something significant can slip through in the description of certain heroes’ fate, which can help us in everyday battles and travel to locations.
You can chat with all the heroes after your next death, and these dialogues are unlikely to bring you more pleasure than the battles. However, the developers themselves note that it is still necessary to communicate in the game since a properly built dialogue with one or another hero can bring you an artifact or ability in exchange for particular services on your part. Nevertheless, most of all, here, I want to enter into another battle with many monsters since the gameplay with its pleasant but straightforward mechanics is excellent for this. You can improve four types of weapons by using specific abilities. These abilities not only increase the effectiveness of weapons,

At any location, which is represented by one of several dozen rooms, it is necessary to kill all enemies, which are represented very diversely: from the usual sorcerers who shoot fireballs to very unusual pots self-explode when approaching the enemy. It is effortless to understand how to deal with this type of enemy. But because there are so many of them, they are all different and appear in unexpected places. The game becomes more complex and varied.

It is taking into account the fact that Supergiant’s previous project is rather dull. Then the developers will probably want to make the gameplay in the new game as diverse as possible. The game has good potential: good gameplay, exciting storyline, sound with graphics, and an engaging setting of ancient Greek mythology. The only thing left is to bring all the mechanics to mind and make the game enjoyable to play, and everything works well in it. It is turn out to be an excellent project that will appeal to both fans of games from Supergiant Games and lovers of beautiful action games.