God of War: An iconic rebirth for Kratos. Protect the boy, slay the gods

God War is a 3rd person action adventure epic by Santa Monica Studio exclusive to PS4. Will you stand against the Gods and Legends of Norse mythology? Read on to see why this game won multiple awards.

God of War was released in 2018 by Santa Monica Studio. This Playstation 4 exclusive is the latest offering in the series. If you’re a fan of previous God of Wars, Norse Mythology, or solid hack and slash action games, this new God of War game should be right up your street.

In this latest version, you take control of Kratos once again. The son of Zeus and Callisto. Blessed with super strength and mystical empowerment. The story focuses on why they find themselves in the realm of Midgard. Rather than the setting for previous God of war games, ancient Greek mythology.

In all previous games, Kratos, the warrior, has been driven by revenge. An all-consuming rage drove him to commit violent and unapologetic acts. There is no such motivation here. He is simply a man trying to do right by his recently departed wife and trying to raise a child.

The story focuses on the journey to Jotunheim, the highest mountain in Midgard, to spread the ashes of Kratos’ wife’s ashes, as per her final wish. All the while harassed by the Norse gods and a certain “stranger”. Whilst doing this, he needs to protect his son Atreus. This shows Kratos in a whole new light.

Even if you’re a fan of the GoWs, you’d be forgiven for thinking the character was a mass-murdering, deity-slaying, bloodthirsty scourge not worthy of redemption. This game shows how the character has developed, and perhaps you’ll change your mind by the end of this particular journey.

God of War focuses on the relationship between Kratos and his son. Every action Kratos takes in this journey is with the underlying goal to protect Atreus. As their journey progresses, you can see the relationship change from mentor to protector and finally a father. It’s a brilliant narrative expertly written and executed by voice actors. It’s not just reflected in the story either. The way Atreus interacts with Kratos in the combat system changes as the game wears on.

By the end of the journey, you may end up thinking that maybe Kratos is worthy of redemption after all.

A New God of War Experience

The video game’s art style is very much true to life, or at least as true as you can be whilst trying to portray Gods and Mythological beasts. It’s a very good-looking experience in terms of both the environments and characters.

The way the grass moves in the distance or how sunlight reflects off of the snow had me standing still and swinging the camera around just to admire the environment. The incredible detail allowed in the outfits and armor of both Father and Son was seriously impressive. The enemies you face are also designed in such a way to emphasize what they are trying to portray. Whether it be disgust, ferocity, size, might, or something else.

Whether it’s his new goto weapon of the Leviathan axe, pummeling monsters with his fists, or use of magical ability, the combat feels exceptionally smooth. Even with the introduction of utilizing the “boy” Atreus, combat is mega fun.

Sound plays its part too. Hearing the tearing of flesh and swoosh of Kratos’ Leviathan axe adds to the satisfaction of the absolute destruction that Kratos dishes out.

Setpieces are, as expected, are breathtaking in detail and scale. They serve to remind everyone that even though Kratos may not have lofty goals such as doing away with all deities, this is still set in an epic universe.

The game pushes the PS4 to its absolute limits, and you do SEE those limits every now and again. Frame rate drops, whilst not experience ruining, are definitely perceptible.

God of War’s world is laid out in a way that feels expansive without ever truly being an open world. You are guided between areas, whether that be Atreus pointing out that a certain area is explorable or obtaining certain milestone items that open up new areas. There’s plenty of opportunity for exploration but be careful. You may end up stumbling into someone or something else’s territory, which invariably leads to a new challenge that may end up with you swinging your axe a few times.

The world is full of treasures, loot, and puzzles to keep you occupied if you stray from the main story path. It feels totally worth it every time you do.

Something to note is that as you progress through the world from location to location, the camera never leaves your side, never cuts away. If you could physically endure a 25+ hour gaming marathon and never die (ingame (or out of the game, I guess)), then you’d realize the whole game can be completed in one “cut” I guess they would call it in the film industry. It’s actually a really clever way to immerse the player and provide a greater sense of awe or amazement when something out of the ordinary happens. Very cool. 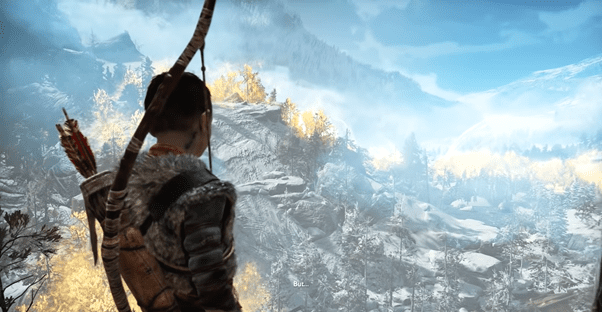 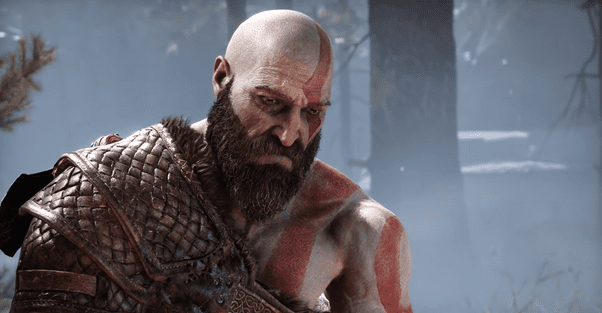 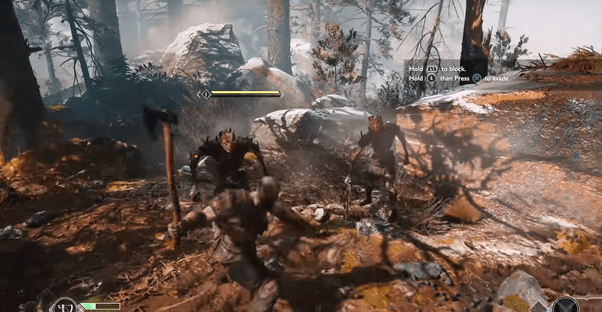 God of War has an in-depth skill tree system that allows you a fair bit of freedom in building Kratos and Atreus the way you like. You are encouraged to find the right balance of skills to suit the way you prefer to play. Of course, you have the option to change things up if you are having trouble with a particular boss fight. You may feel the need to use different skills to take advantage of a foe’s lack of mobility or exploit their weakness to certain elements.

Whilst your choices do matter if you spend time exploring the game in full, you will likely be able to unlock all that you desire by the time you’ve put 25+ hours into the game.

Complimentary to the skill system is an in-depth armor system. Again both Kratos and Atreus can upgrade their armor in different ways to increase their attack, defense, and magical prowess. Armor can also be further upgraded with runes that can be slotted into gear to give further bonuses and opportunities to customize your playstyle.

God of War is a masterstroke in the series. Every game to this point has been a bloodsoaked rampage of vengeance with Kratos, the death dealer. This game is a story about a man and his son carrying out his wife’s final wish. There are, of course, nods that Kratos is still an absolute beast and can take the head clean off any foe that he chooses to. But he would only choose to protect his family.

A welcome change in direction expertly delivered under the guidance of creative director Cory Barlog. One of the best games of the PS4 era.