Fortnite & V-bucks. V-Bucks are Fortnite’s in-game currency, which allows you to buy such things as tools, outfits, emotes, and even Battle passes!

Fortnite & V-bucks. V-Bucks are Fortnite’s in-game currency, which allows you to buy such things as tools, outfits, emotes, and even Battle passes. Outfits – there are many new outfits available so you can completely change the appearance of the character. Its price starts at 800 V-Bucks to even 2,000 V-Bucks. Please remember that the more garish the outfit is, the more your character will be seen on a battlefield. Changing an outfit is worth considering if you want to hide in the middle of the battle and attack unnoticed.

Tools: The basic pickaxe is available by default, but if you want and have some extra v-bucks, you can buy crazy skins! Although they don’t have any extra power but look so cool, don’t they? If you are interested, let me tell you that prices range from 500 V-Bucks to 2,000 V-Bucks. 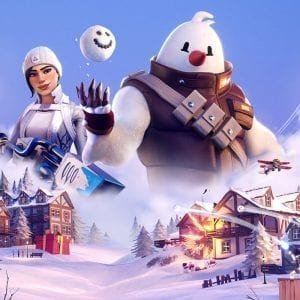 Glider – similar to the pickaxe changing the glider’s skin doesn’t increase its power but greatly increases respect among other players. If you want to knock your opponents off their chairs, all you need is an additional 500 – 2,000 V-Bucks

Emotes – by default, you can express yourself by six emotes available, but if it isn’t enough and you want to be truly unique on a battlefield, you can unlock 80 different emotes. Prices start at 200 V-Bucks.

And last but not least: Battle Passes:

They can be purchased for 950 V-bucks and are linked to each season. Premium battle pass unlocks up to 100 in-game rewards such as character skins, tools, emotes.