Football Manager 2021: is it worth buying another edition?

Football Manager 2021 is a video game that emphasizes realism, developing and improving many aspects of the football genre.

Originally starting in 1992 under a different name, Football Manager 2021 has been an annual franchise ever since its 2005 rendition release. When a game has to come out every year, there is always a common fear that the game will lack innovation and bring very little to the table to justify the next release.

While that’s not always the case, there have been many infamous instances over time in franchises like FIFA. The only reason players had to migrate to the next annual release was because of a lack of support for the previous one. However, Football Manager 2021 has been considered more varied by fans despite a few lows in its long history.

With Football Manager 2021 having been released, it raises the same question as ever. Is this game worth a purchase when you might already own some of the franchise’s previous installments? Let’s answer that question.

Football Manager 2021 is not just a copy-paste of what it offered in the previous year. The latest release features a refined match engine that is filled with details and important data analysis figures. Not only did the detail-excessive overhaul surprise fans, but it was also something that fellow critics believed began a new standard of how management simulation games should work.

All of the features that you would expect to see in the game are present. There is an interaction system for your team, the ability to see the matches that you managed automatically play out, a recruitment module, post-game interviews, and so on. The majority of these features have been updated in some way, such as ‘Expected goals’ being added to the series, which uses the game’s detailed data analysis feature and allows a better understanding of a team’s potential.

The UI is updated and makes it much easier to understand what section is supposed to contain what. It can be somewhat daunting at first to see all those different types of data that tell you how well your team is functioning and what you should do next to make your team stand out. Sometimes you will find success, and at other times you will see a loss. That’s where the game’s fun lies – as it gives you the sense of what it means to be a manager and all the pressure that comes with it.

The average Football Managers players have hundreds of hours sunk into taking their teams through countless championship leagues. There is always the rush of wanting to try another match right after the current one finishes. If you win, you want to see if it was by chance or if your team is really that good. If you lose, you want to make a few changes and try again, aiming for victory. There is a lot of incentive present, and it makes the game very replayable.

The game’s tutorial mode has also seen a few changes, as reported by many players, allowing newcomers to enjoy the game as well rather than only appealing to the player-based that has been enjoying management sims for decades.

All in all, managers not only have better control of how things work this time around, but they also get to understand the teams better, which is something that allows the experience to feel more immersive and rewarding than ever before.

Football Manager 2021 features 117 leagues from a total of 52 nations. The majority of them are European teams, but others like South Africa are also present. Fortunately, while Sports Interactive does not have the budget or influence of the FIFA games, they still managed to fully license a total of 29 leagues from 14 different countries.

The teams and players that are licensed appear similar to their real-life likeness and statistics. Still, a few clubs that are not included show up with alternative names and identities in order to avoid copyright issues. Of course, the players know who is supposed to be who, while the original teams cannot call it a rip-off at the same time. It’s a clever way to handle things and keeps every side happy.

While having original players in a game like this is still very acceptable, there’s no denying that many people specifically enjoy managing players from real life. All the back-seat sports fans who think they can manage specific teams better – well, here’s your opportunity!

More personality than ever

Perhaps one of the most interesting additions to the game besides the enhanced match system is the new dramatic gestures. Remember when you could simply talk to your team about their roles, shortcomings, and strengths? While there was always variation to the dialogues provided and even voice acting, things are different this time around. 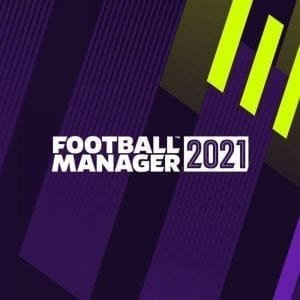 The new gestures system allows you to yell at players and throw water bottles around in anger to get your point across. It looks as dramatic as it sounds, and it’s a funny new touch to the system, which has seen little development over the years. Of course, you can just resort to simpler conversations if you want – but for those of us who love a little bit of absurdity, this is the perfect inclusion. It truly feels like it allows you to be more expressive as a person within the game than a nameless manager.

With all the changes and additions in place – people hoping to get into the genre for the first time might have expected that there are improvements to the game’s visual aspect. Unfortunately, the graphics that we see when the matches play out are still very outdated. There are occasional bugs within the visuals, too, now and then, such as seeing random lines within the fields or the map’s audience side.

Of course, the matches or the graphics have never been the point of Football Manager, as even a 2D recreation of the matches are good enough for most people to know how their teams are playing out. But in 2021, it’s almost difficult to tell live-action and high-quality video game models apart. It might come off as a bit of a bummer to people who are not seasoned fans of the franchise.

However, for what it’s worth, seeing the matches play out looks better than ever for the standards of Football Manager in general, and that’s a step in the right direction.

The Football Manager franchise has always been on the front-line when it comes to sports management simulations, and 2021 is another success down the line. Not only is it a great game in general, but it also features many changes to the formula that justify the existence of this year’s rendition.

It’s a game that takes a lot of practice and patience – but the addition of more dynamic means of analysis and the dramatic new gestures keeps the experience very engaging. Sports Interactive has proven that not every annual franchise is a copy-paste of itself in the best ways possible.