FIFA 2021 can be playable on PC, PlayStation, Xbox, Nintendo Switch, and many other gaming consoles. As FIFA 2021 is the 28th installment in the FIFA series, they have made the gameplay more efficient, glitches-free, and smoother than its previous installments.

FIFA 2021 For football fans, I do not think so that this exceptionally famous game requires a formal introduction. But, if you are looking for good competitive, entertaining games, this game can surely end your hunt for a decent amusing game.
Recently released on October 5, 2020, FIFA 2021 is developed and published by EA sports like all previous versions.
Based on real-world famous players and clubs, this game is full of excitement and fun.
Cutting the story short, FIFA 2021 is an official and leading football simulation video game.
The officials have announced many huge tournaments for FIFA 2021, making it a good game for Esports.

FIFA 2021 can be playable on PC, PlayStation, Xbox, Nintendo Switch, and many other gaming consoles.
As FIFA 2021 is the 28th installment in the FIFA series, they have made the gameplay more efficient, glitches-free, and smoother than its previous installments. Also, many new features are added to this new version.
In FIFA 2021, the developers include new features in the gameplay,

Moreover, FIFA 2021 features different game modes that allow you to play solo or with a friend. These modes include, 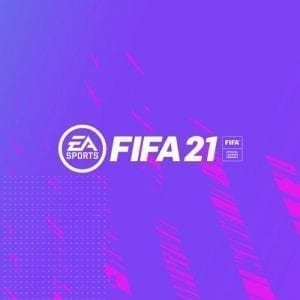 As explained above, FIFA 21 is a simulation game where you control all the players in your team and try to score using various tactics and strategies.
In career mode, you can build your dream team, become a club manager, and classify your club just as you wish.
In FIFA 2021, almost every club team and the national team are included. You can play in different leagues and even start to play a world cup campaign.
To have a look at the gameplay, you can watch this video.

This game is one of the favorite games for football lovers. With remarkable detailing, amazingly realistic graphics, and extraordinary gameplay, this game comes on top of the list of soccer games. With user-friendly responsive controls, smooth graphics, and audio of the game, all matching the scenes on screen can give you an intense football atmosphere. There are some minor UI issues that users are facing when using a controller, but they’re easy to get rid of.
As there is an immense number of football viewers, so you can start your career as a FIFA professional, influencer, and content creator to make it more fun and rewarding for you as well as for fans.