Various tools and options, such as art, sculptures, and assets, are available inside the Dreams, and players can share them or use them in other creations as remixes. Overall, Dreams is a user-generated collection of art and games. Because of that, it doesn’t have a single storyline or gameplay like most of these games have separate stories.

However, everything unfolds in the Dreamiverse, an alternative universe, where ideas and dreams intertwine and play the principal role. The Dream queen rules over the Dreamiverse, and she is a guide who helps the player navigate the game and learn details about this surreal setting.

Whenever a new player joins the game, they start by using the Homespace belonging to the queen. As they progress, they will unlock a novel one that belongs to them. The player and the Dream queen aren’t the only inhabitants of the Dreamiverse.

The Designer and Architect are the other two residents, and they’re experts who teach about the concept of DreamShaping using Imps and in-game materials. Imps are the critters players control and use them to control characters and objects.

Whatever players create in Dreams will continue existing in the Dreamiverse, and other users can later use it in their creations. The developers have built a catalog for players to browse and find ideas or materials for their dreamy undertakings.

Dreams come from the creators of Tearaway and LittleBigPlanet. Hence, this game also follows the principle of playing, creating, and sharing, developing a unique experience where each piece connects with the other.

Because of that, the community is at the center of this game. Players and fans were even responsible for naming the BubbleBatch – the engine Dreams uses for rendering objects. Media Molecule believes that it should be players that define this game, not them.

When making the game, their goal was to refresh creativity and reinvent it. Even though Media Molecule talked about developing Dreams at Gamescon 2012, Media Molecule only officially released it in February 2020 due to various delays.

The game received favorable reviews, and it won various awards, including for Gameplay Innovation of the Year and Engineering. Besides, Dreams was nominated Best VR/AR in 2020 and other prestigious accolades.

But what about the game itself? What can you expect in Dreams, and should you consider diving into its surreal world?

Here are our thoughts.

Despite the details, more variety would serve dreams well

From the get-go, Dreams undoubtedly resembles the Minecraft concept. It allows every player, regardless of their skills, to be a creator. The elementary principles are simple, yet the game promises to go further than other titles in the genre.

Dreams refuses to only provide players with tools they can use to explore their imagination. Instead, it strives to encourage them to have higher ambitions and think of themselves as creators and artists. The game also reminds them they don’t need a particular gift or practice to create wonders in this universe.

All it takes is the will and determination. No one should wonder whether they’re good enough or if there’s something better they could do with their time. Dreamiverse has a conviction that art shouldn’t be reserved for prodigies or one-of-a-kind talents. Moreover, it despises that many only want to consume art.

It starts with an inspiring talk in the form of a tutorial. But the goal is not only to teach players how to participate in this experience and create. – Instead, the developers want to encourage them to share their creations with the world without being great, unique, or art-educated.

The game offers a variety of robust tools that are easy to learn and use. Players can discover an array of assets, platforming elements, and characters. They can seamlessly rotate, customize, replace, or resize everything and adjust it to the content they want to create.

But it’s not necessary to use prefabricated items. Dreams also encourage players to build their content from scratch. That includes visuals, audio, and animations. Although you have to use an in-game video controller, there are no challenging mechanics, and the process feels effortless.

If you don’t have the slightest idea what you could do, the game also showcases the large scale of options by presenting a campaign-like story about a bass player who’s struggling with his band due to his past traumas.

There, you can interact with the world and explore the scenario that often seems too challenging to grasp as it’s actually a dream. It feels like the devs used these segments to explore everything this game can do, but for players, it might feel disjointed and too experimental at some points.

It’s all playful and serves its purpose, intertwined with a sublime art style that makes Dreams feel like a vivid painting. Nevertheless, you don’t have to spend your time here as a level designer. Instead, you can enjoy other people’s creations that look strangely realistic.

But after some time, you might find you ran out of things to do or content you like. Although Dreams is a game that thrives on details, there’s an impression the devs focused on elements they do best but didn’t care that much to make each part of this experience exciting and high-quality.

Everyone can make a game in Dreams, resulting in various levels of quality. As a result, sometimes dreams disappear or get stuck due to players being unsure about how to inform other creators how to navigate their games or because they’re unaware of endless possibilities.

Ultimately, Dreams need more content, polishing, and better curation. But the developers have already been improving the game, and it’s likely to keep getting better. We wholeheartedly recommend exploring this surreal world, but don’t set your expectations too high. 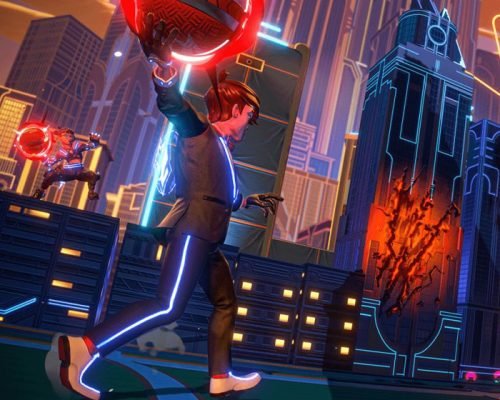 Knockout City is a multiplayer action video game developed by Velan Studios and published by Electronic Arts in May 2021. The game is available for Microsoft Windows, Nintendo Switch, PlayStation 4, and Xbox One. This release resembles dodgeball, and the principal goal is to attack the enemy team using a ball to knock them out. 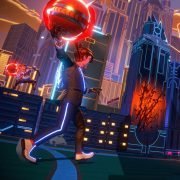