Dragon Ball FighterZ: is it a treat for fans of the series?

Dragon Ball FighterZ is a classic fighter game where players get into characters from the popular manga universe of Dragon Ball. Developed in 2018 only after a few months won The Game Award for Best Fighting Game.

The fighting game genre used to be the king of the hill before it slowly lost its popularity with time. It was partially because of the decline in the arcade business and too many low-effort games oversaturating the market. Gamers then took a break and moved towards other types of games, such as first and third-person shooters.
Thankfully, with the release of Street Fighter IV, the fighting game genre finally found its way back on the map due to the immense success that it received. The genre is still mainly enjoyed by a certain audience and cannot join the ‘best-selling’ ranks of gaming history – but it’s in a better place than it was a few years back.
As a result, the AAA fighting games that come out today are more likely to be good, and that’s what brings us to 2018’s Dragon Ball FighterZ. Developed by the studio behind the Guilty Gear series. It’s a licensed game that faithfully adapts the characters, visuals, and action of the Dragon Ball franchise. Moreover, brings it to life as a 3v3 tag-team fighter. So, is it another bad attempt at cashing in on the franchise’s popularity, or is it worthy of the fans’ time? Let’s find out!

It may sound like a surprise to hear this about a fighting game based on an anime – but what I’m about to say is as true as it can be. Dragon Ball Fighterz is an extremely well-made fighting game. The gameplay structure is amazing and has some of the best balance that you will find in the genre. The characters all play differently from each other. They have unique movesets and special abilities that make it very rewarding to master them.
The game’s 3v3 tag-team system makes players learn more than one character at a time. That keeps things fresh as you have to stay on your toes because of the possible mix-ups your opponents can use.
All three characters have to be beaten for the player to win (unlike Tekken Tag Tournament, where one character being beaten causes the second to lose as well). Besides the ability to switch to any of them at all times, they can be summoned as assists too which helps you confuse the opponent and get some cool combos in. 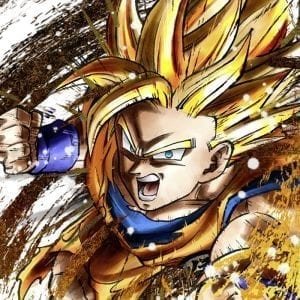 Do an amazing combo

The game might sound complex for an amateur to play – but that’s not the case at all. A lot of the combos are easy to execute and follow simple commands. That is why newcomers won’t have a difficult time getting used to things. But at the same time, to get good at the game, you need to understand how everything works and put in a lot more effort. So, the game is easy to play but difficult to master.
Of course, at the end of the day, this is a Dragon Ball game. So, there are several special abilities in place that resemble the cinematic action experiences that you would expect from the franchise, too. For example, there is a feature called ‘Come on Shenron!’ in which, if you complete certain gameplay requirements in a match, you can collect dragon balls and summon the dragon, who would then grant the player a wish. Additionally, ‘Dramatic Finishes’ show special animations resembling scenes from the show if you execute them with specific characters in the designated stages.
Thanks to the game’s unique and depthful mechanics – it quickly found great popularity within the fighting game community. Not only did it satisfy fans of the Dragon Ball series, but it also became an instant favorite for people who enjoy fighting games in general and found its way into the Esports scene as well.
With 6 million copies sold within 2 years, you know the game did something right.

An advantage that fighting games have today is the fact they are no longer forced to release new installments within the span of a few years to add more content to the franchise. Instead, they can simply take their time in developing the game further with new patches that balance out issues and add new features. And, of course, new characters that were previously left out or just never existed at all before.
Dragon Ball FighterZ takes great advantage of this, as it launched with 24 characters, which are more than enough for a good fighter – and since then has had 3 different season passes that added 19 more characters. Before DLC content became common, we only saw additions this big in new releases altogether – but in modern-day gaming, that issue is resolved, and every fighting game that we purchase usually has a very long life-cycle.

Nothing short of eye-candy

Dragon Ball FighterZ may play on a 2D plane, but its graphics are fully 3D. The game’s graphics greatly resemble the anime series based on, and every detail is perfectly replicated. But despite the unique art-style making it look a bit 2D, the character models and stages are rendered in high-quality 3D graphics that feature crisp textures that will please any fan of the franchise.
It’s a perfect way to respect the history of the franchise and what the fans love while staying up-to-date with the current standard of the gaming industry and satisfying people who don’t necessarily love the anime series as well.
Details like these about the game make you see the amount of passion and respect put into the project. It feels like something that wants to be great and not just another cash-grab, which is rare to see in licensed projects.

While the game’s multiplayer features were originally criticized – the game has improved its net code since its release. Most of the online fights are very smooth now, and it’s always fun to compete with the leaderboards against other players.
One thing that I really love about its multiplayer is that it does not have boring lobbies. You and the other players can access this kind of a small virtual world with cute avatars where you can make friends and find people for smaller matches, and it even has small shops to buy stuff in and whatnot.
Traveling to the fighting stadium to play the Tournament Mode or trying to find your friends in crowds is something that resembles the homely atmosphere of the Dragon Ball series, and I appreciate that very much.
There is also a story mode in the game, which is perhaps the only disappointing aspect of this otherwise excellent package. While it’s not exactly bad, it’s just kind of bland and fails to appeal to both fans of the series and newcomers alike. At best, you can just kill some time in it if you have nothing best to do. There’s no replayability, and it does not contribute to the franchise in any way.

A treat for all Fighterz

Dragon Ball FighterZ is one of the best video games that have been released for the franchise. It’s full of action, depth, excitement and offers a fighting experience that appeals even to those who don’t watch or read the series otherwise.
With so many new characters and updates being released for the game every year, it’s undoubtedly going to be alive for a long time and perhaps even see a sequel when the development ends.