Dota 2: is it still the most played game on Steam?

Dota 2 is a multiplayer arena-based battle game. What makes the game designed by Valve Corporation the most played game on Steam? Check it out!

In the list of the most competitive and strategic games, DOTA 2 still stands unchallenged. The game was developed and published by Valve Corporation and was initially released on July 9, 2013.
DOTA 2 is one of the most popular games with more than 11 million active users. In this multiplayer online battle arena (MOBA) video game, two teams of five players compete with each other. The main goal is to destroy a large structure known as the “Ancient” and defending yours at the same time.

The game is very challenging, with in-depth detailing in it.
The game features a vast range of heroes with specific abilities that will help you in the game. These heroes are categorized into the following classes:

DOTA 2 features many different modes to play; the following are the modes available in the game, which allows you to vary the style of hero selection, hero availability, and gameplay: 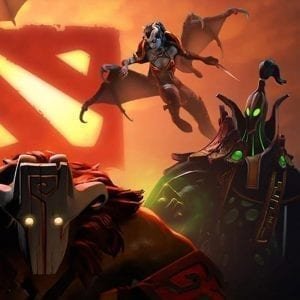 The choice of hero selection entirely depends on the game mode. In the game, each match requires a different strategy, and players have to play with one hero choosing from more than 100 heroes with different abilities. The main goal of the game is to destroy the enemy’s Ancient before they destroy yours. The currency is Gold that allows you to purchase items from the shops, and from there, you can also level up your character and abilities.

The game map is divided into three lanes, the top, the bottom, and the middle lane. You have to use these lanes to enter the enemy territory and destroy their Ancient, but these lanes are guarded as well.
Comparing to other similar games, DOTA 2 is quite tricky in terms of gameplay. Every match is different, and you have to adapt and execute according to the situation every time.

DOTA 2 is one of the unique strategy-based games with a large pool of heroes available at the time. It can be seen after decreasing the number of its active players, DOTA 2 is still popular among many professional gamers. But, if we compare the peak popularity of DOTA 2 after its release to today’s situation, DOTA has faced a significant decline in terms of player count. The number of players of DOTA 2 is rapidly decreasing regularly, but the game still has its place as the most popular game on Steam.

Awarded as the best game for Esports, DOTA 2 is a real gem in the competitive marketplace. Every year, DOTA 2 officials come up with international tournaments with a massive prize pool to allow the players to show their worth. DOTA 2 is a highly addictive game because it demands time, it takes months to finally understand the game strategies, and then you continuously keep on practicing to prove your skills.