Diablo III: can you defeat the forces of evil?

Diablo 3 is the third part of the RPG game, which enjoys unflagging popularity. Developed in 2012 by Blizzard Entertainment. The fantasy game focused on defeated the title character - Diablo.

The game’s story involves the forces of good trying to eliminate evil forces, basically your generic fairytale story. You pick from 5 classes when you first start the game. Along the way, you develop new skills and become stronger over time with level-ups and new equipment. Your objective in the game is to clear dungeons and become strong enough to stop the forces of evil.

The game graphics are pretty good for a 2012 game, but the real magic comes from the gameplay. The gameplay in this game is really incredible and has so much to offer.

Diablo III has a lot to offer and lots of features that make it super enjoyable.

The loot system in Diablo III is fantastic. There are so many cool and unique items the player can obtain from attacking monsters and enemies. Think of it like opening a pack of baseball cards, the thrill of opening that pack for a chance of pulling a super rare card. The same principle applies to diablo III’s looting system. The looting system in this game is one of Diablo III’s golden features. The thrill of killing monsters for a chance at a rare item makes farming and grinding feel more satisfying.

Dungeons in Diablo III are randomly generated, making each dungeon completely different from one other. This feature is so nice to have because it makes the dungeons feel unique and different for Diablo III’s playthrough.

Diablo III sadly suffers from a lackluster story. The problem with Diablo III’s story is it feels like an overly used trope in fictional stories that follow a medieval setting; not only that, but the story doesn’t have enough unique depth to make it feel original. Although the story isn’t significant in Diablo III, it is still a huge let-down that we didn’t get a well-written story. 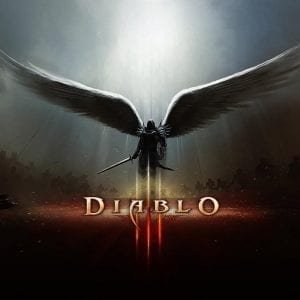 The most notorious problem with Diablo III is its overly easy dungeons and super broken mechanics that make the game unfun. The game gives you so many resources that make you overpowered as heck, and because of that, it takes away from the whole strategy and challenging element of MMORPGs.

Should you buy Diablo III?

Diablo III is a bit of a mixed bag in terms of popularity. The game is heavily criticized for being too easy and having a trash story. However, if you are still interested in giving Diablo III a chance, then you can purchase it on the Diablo™ website or on the Nintendo™ website if you want the Nintendo Switch™ website.

The game itself is enjoyable, and super fun, but isn’t for everyone. If MMORPGs or dungeon crawlers aren’t your cup of tea, you should probably pass on this game, as there are some better options out there.