Cyberpunk 2077: the most expensive game in gaming history?

Cyberpunk 2077 is an action game with shooter elements where player takes on the role of a character whose gender, voice, origin, clothing and appearance can be totally customizable. It was developed and published by CD Projekt in 2020.

Cyberpunk 2077 is all about Night City (the city was voted the “Worst place to live in America”) and the experiences you will have in this city.

The game is really detailed where you have to take the record of every tiny thing.

Cyberpunk 2077 allows you to play in a first-person perspective. However, it only switches to third-person when you are driving a vehicle.

Everything in your character can be customizable, including the face, voice, body shape, hairstyles and modifications, background music, and outfits.

Your character will have the following upgradeable attributes that you can choose at the start of the game:

These attributes will help you in,

The map in the game is very vast to explore. After a rough in-game measurement, the map is nearly 100-110 square kilometer range that is quite big to cover. The Night City, taken as the playground of the game, represents the open-world metropolis in California and have six regions,

The area around these regions can also be discovered by traveling more. Law enforcement is based on the region, for example, if someone commits a crime in Gang-infested Pacifica, then maybe the punishment is moderate even the law enforcement is not alerted at all as compared to if someone commits a crime in the Luxurious Westbrook, there will be strict actions against crimes.

Each area differs in style and looks depending on its status. Some areas are substandard, some are wealthy, and the people, shops, and buildings will reflect that. Different gangs are also taking hold of most areas.

In the game, you will see a full day-night cycle and changing of the weather. If someone speaks non-English languages in Night City, then these languages can be translated using some game installations. To see other people’s experiences, “Braindance” is a device that allows you to do so. 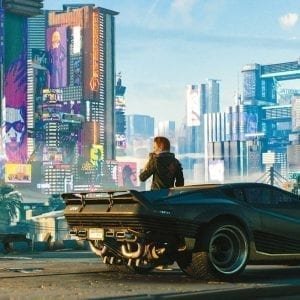 There are over 100 main jobs, side jobs, and many gigs to complete in the game. After completing these jobs, you will earn experience points (XP). By getting more XP, you will see a rise in the level of your character. You also get the Attribute Points as you level up your character doing tasks like completing missions and other high-yielding activities around Night City.

Your player, in the beginning, owns an apartment and a garage. Normal pedestrians can be hit by vehicles.

How long will it take to complete Cyberpunk 2077?

Cyberpunk is not a long game. If someone is playing all the way through, then based on the average, it will take around 25 to 30 hours to see the main story to its completion. The game’s length can reach up to 80-100 hours if you want to complete all tasks and missions, buy all the vehicles and upgrade all the stuff, and fully max out your character level in the game. The game’s length depends on your skillset and the difficulty level on which you are playing the game. However, the developers add the multiplayer mode in the game to make it more engaging and interesting for the players who want to play the game quite longer.

It came to know that multiplayer will have two modes, Heist mode and Deathmatch mode.

Heist mode will be a mission-based mode more related to a single-player mode.

Deathmatch mode will be about the competitive mode in which players will fight with each other.

As the game is story-driven, so there are some endings to game. Cyberpunk 2077 has 6 endings in the game, the pretty straightforward main ending, two basic endings with some requirements (one of these itself has another ending), a bonus short ending with no requirements, and the secret one. The choice of the player determines the ending of the game. The story depends on which lifepath you will choose.

Things to do after completing the game

You will soon see a multiplayer mode in the game in which you can play with your friends in real-time, making the game more fun.

According to a Polish analyst, Cyberpunk 2077 is one of the most expensive games available globally, with a development cost of approximately $314 million. So, this also reflects the quality and price of the game. The game is available at the price of $29.99 on Steam. However, due to some restrictions, the price fluctuates in other regions. According to the CD Projekt, Cyberpunk 2077 contains strong language, intense violence, blood, gore, and some age-restricted stuff.

After seeing the budget, we can understand the quality of the game. The PC version is the most bug-free version to play right now. The game provides a great fun-time for some action and hardcore lovers, so Cyberpunk 2077 is worth giving a try.