One of Valve Corporation’s most popular games, Counter-Strike: Global Offensive, is the sequel to Counter-Strike: Source. The classic gameplay of previous iterations in the series carries over. Players fight as either the Counter-Terrorist or Terrorist factions across multiple game modes and maps through frantic first-person action. Depending on which team they play, they will either need to set up or disarm bombs or help their side eliminate the other side.

They will have access to weapons in different categories and other devices such as HE (high-explosive) grenades to take down their enemies on their way to victory. These items are purchasable at the beginning of each round to help with gameplay. Among the available game modes are Competitive, Deathmatch, Arms Race, and Danger Zone. 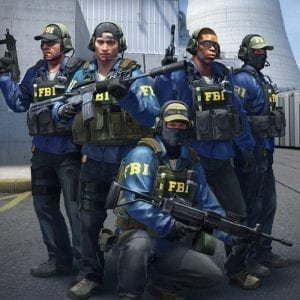 In addition to gameplay, players will be able to mod weapons via the Steam Workshop and add their own custom content into the game in maps and weapon skins to give them unique appearances in-game. Additional weapon skins can also be unlocked via in-game keys that unlock boxes (purchasable via microtransactions), though you do not need to purchase them if you choose not to. The latest update released for the game is called Broken Fang, which is available via the Operator Pass, allowing you to customize and track your statistics and performance across your weapons inventory, map loadouts, and hit regions to aid in where your hits are landing.

In 2015, fans voted Global Offensive as “eSports Game of the Year” at The Game Awards. Counter-Strike: Global Offensive remains one of the most popular esports titles and other titans such as League of Legends, StarCraft II, and Modern Warfare.

Where to buy Counter-Strike: Global Offensive

Counter-Strike: Global Offensive is the cheapest in the Steam online store (and cheapest, we mean free-to-play). The game is available for Microsoft Windows, macOS, and Linux platforms.