Clash of Clans is one of the most detailed strategic mobile games available at the time. It was initially released on August 2, 2012, developed and published by Supercell.

Clash of Clans is an online multiplayer game in which players all over the world form communities called “Clans”, build their village and train troops (different fighting characters with certain unique fighting abilities and training time), and attack other player’s villages to earn resources like Gold coins, Elixir, and Dark Elixir that helps them in upgrading their village.
This extraordinary game features strategic concepts, time management tactics, team synchronization plans, extensive detailing, and appealing graphics.
Clash of Clans can be easily downloadable from Google and Apple Playstore and is completely free for Android and iOS.

The gameplay of Clash of Clans is very comprehensive. The main concept of the gameplay is to build and upgrade your village. In the process, you have to attack other villages to gather supplies and defend your village from the opponents.
There are different types of troops with certain abilities designed for specific strategic attacks.
Moreover, there are four powerful heroes with special powers as well, which includes

As the name of the game shows, Players join a clan to get aid from the clanmates and participate in clan war battles. A 5 vs 5, 10 vs 10, or 15 vs 15 battles where each player has 2 attacks to destroy the corresponding enemy bases and more stars to win the war.
You can use ground troops, air troops, elixir army, dark elixir army, spells, heroes, and siege machines during the attack.

There are two bases in Clash of Clans, 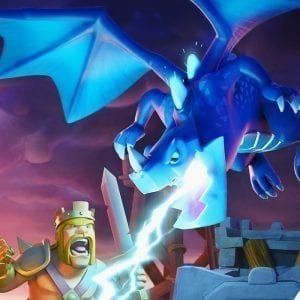 Town Hall is the main building of the base and the level of Town Hall represents the progress and seniority in the game. In short, the gameplay of Clash of Clans is very detailed and players have to keep every aspect of the game in mind while playing.

Clash of Clans is often considered an addictive game and demands significant time investment. The player’s real-life revolves around the game, keeping the track of time for either the upgrades are completed or they have to train the army and participate in the war. Another reason for its addiction is that it is a mobile game and can be playable anywhere.

Is Clash of Clans Worth it?

Clash of Clans is an amazing mobile strategic game. Since it is a mobile game so it can be easily playable anywhere and it is free as well. The game really helps beginners in understanding the game with detailed tutorials and guides. It is very easy to play this game but very hard to master. It throughs so many things to remember while playing. Also, it is very addictive and players lost track of time while playing. With its detailed gameplay, Clash of Clans is fun to play and worth giving a try!