Can we have Minecraft for free?

Is there anyone who has never heard of Minecraft yet? I don’t think so. This cult game in which everything is made of cubes has fans all over the world.

Is there anyone who has never heard of Minecraft yet? I don’t think so. This cult game in which everything is made of cubes has fans all over the world. A game doesn’t have any specific goals, but you are basically free to choose how to play due to the system’s achievement.

The core gameplay is building and destroying structures consisting of blocks (rough 3D objects representing various materials such as grass, ground, water, wood, tree trunks, and lava). The player can build whatever he wants and is limited only by his imagination.

At the beginning of the game, the players choose one out of five-game modes and one of four difficulties. The more complicated the game, the more damage the mobs can do, and more troubles can appear. 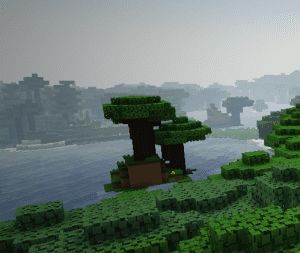 Survival – is the main game mode where the player’s task is to collect materials necessary to build, craft items, tools, and experience points. What’s more, to survive, he must obtain food and fight with mobs.

Hardcore: The gameplay is the same as in the previous model, with the change that if the player’s character dies, there is no possibility of respawning. The player has two options: either he is placed in spectator mode or deleted the world he was playing on.

Spectator – a mode where the player can only observe the game world. Thanks to the ability to fly, he can move to any place and pass through blocks. However, he is not able to interact with other players and has no impact on the game.

Creative – is focused on building. The difference from other game modes is the lack of health and hunger bar and the ability to fly. The player has unlimited access to all materials, which can place freely around the game’s world creating incredible buildings.

Adventure – for those who want to create adventure maps. The mode is similar to the survival one with different restrictions that the map creator can impose on the game world. Moreover, the player has a limited ability to destroy and place blocks but can use programmable levers, buttons, and other devices.

Btw. Below is a video of 10 things you probably don’t know about Minecraft:

You can buy the cheapest Minecraft here.