Call of Duty Warzone is a battle royale game published by Activision. The game is most battle royale enthusiast's game of choice. If you’re a fan, then read on to find out why you should give it a try.

Call of Duty: Warzone is the first major game title to incorporate the battle royale mode alongside an already successful and established brand. Other successful attempts at battle royales have all been standalone IPs like Apex Legends, Player Unknown’s Battlegrounds and H1Z1. In theory it’s a clever move. Appeal to a huge player base with a free-to-play battle royale with fps pedigree behind it then monetize and upsell.

A Warzone Never Looked So Good 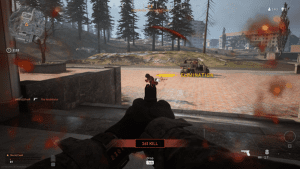 Call of Duty games have always aimed for that “Hollywood” realism when it comes to the audiovisual offering. Impactful hitmakers, explosions, and grenades really make you feel like you’re the main character in the latest Mission Impossible. The sound of ricocheting bullets, strafing runs from air support and distant gunfire really nail the aesthetic and make for a satisfying playing experience. 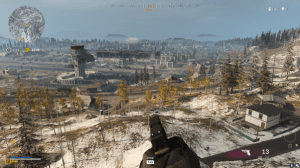 The problem that you would expect CoD to have since moving into the battle royale arena is maintaining that visual fidelity while upscaling from small maps and single-player levels to a huge city. Honestly, if you look really hard, like with a magnifying glass, you can pick out a few graphical question marks. But all said and done it’s still a very good-looking game. 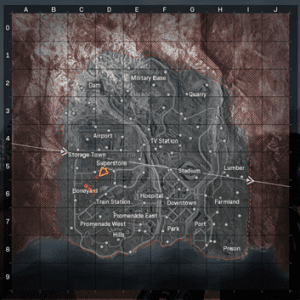 The Call of Duty Warzone map is a city named Verdansk. It’s size is roughly 9km2. That’s 3.5 times bigger than the first venture into the battle royale genre by Call of Duty Black Ops 4. Plenty of room for 150 players. It is a diverse map with opportunities for close quarter combat as well as long range sniper battles and everything in between.

Call of Duty: Warzone was one of the first large multiplayer titles to fully utilize cross-play in a battle royale game. At the time everyone was crying out for it, players wanted to pit themselves against fans from other platforms. In reality this causes some problems. There is an obvious disparity between how fast and how accurate you can aim with a keyboard and mouse on PC compared to a Playstation or Xbox controller. To level the playing field Infinity Ward allows console players to play with aim assist. I’m not saying it’s a bad decision but you do feel a little hard done my sometimes when you see your death replay and it’s obvious your killer wouldn’t have gotten the better of you without it.

I don’t know what the best solution is to this problem. But if you’re feeling hard done by, I suggest turning off crossplay so you can only match with other players on your platform.

How will you respond to the Call of Duty?

So the raids have a pretty similar battle royale formula to other games. You start the match by choosing where you’d like to drop into the map either by yourself or in squads. The game supports parties of upto 4 players. You’ll need to navigate your way to your chosen landing spot after you jump out of the plane.

When you hit the ground the goal is to loot up and make sure you have better gear than your opponents. Weapons and armor plates are a priority. You also want to try and search for as much cash as you can to spend at buy stations located throughout the map. Here you can purchase various items and power ups to help you such as UAV fly overs and airstrikes. You can also buy your teammates back if they’ve met an unfortunate end. 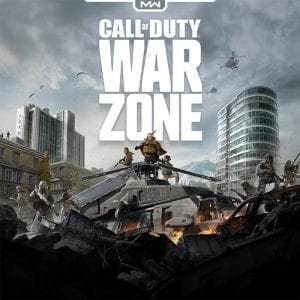 Money can be found lying around, in crates or on other players who you’ve killed. You can also earn money by completing contracts. Contracts are a nice addition to the usual BR gameplay and require you to complete certain objectives to earn cash. Objectives can include, assassinating another enemy player or holding a specific location on the map for a certain amount of time.

Keep an eye out for a loadout drop near your location. Loadouts allow you to equip a preconfigured set of weapons along with perks. This is hugely advantageous if you’re able to secure one as you’ll end up with your preferred weapons and perks. Perks like Ghost(?) make you invisible to enemy UAVs. Very useful.

As you’d expect the playing area shrinks as the gas moves in, forcing players into a smaller area. Coming into contact with an enemy squad becomes more and more likely as the round goes on.

Keeping ahead of the gas is made easier if you can locate a vehicle, be careful though. Those loud engines draw attention.

Plunder mode is set on the same map but without the gas ring closing in. The goal is to gather as much money as possible in the time limit. The team with the most money wins. There’s no gulag in this mode. Players respawn after a short amount of time and meet back up with their team to continue the hunt for cash. It’s a nice change of dynamic from a standard match. It requires you to employ different tactics to come out on top.

More recently introduced game modes include Rebirth Mini Royale which is basically a much smaller version of your standard game mode located on a tiny Island. 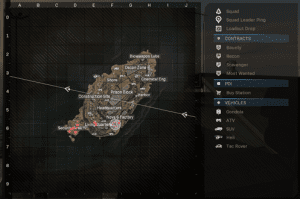 Rebirth Resurgence is the same as Rebirth Mini Royale with the a new rule: squad members can respawn at regular intervals provided members of their team are still alive.

Players have access to Operator challenges which if completed grant experience to level up faster. Challenges are usually quite straight forward like “destroy 5 vehicles” or “buy 5 munitions packs”. It adds small extra goals to your matches so I don’t mind it at all.

There is of course ingame monetization in the form of a battle pass. The battle pass costs 1000 cod points which equates to roughly $9. The battle pass grants access to mostly cosmetic items but it also grants XP boosts and access to blueprints for weapons. So there is a small element of pay to win.

One thing that always seems to be an issue in these games is that there is a “meta” which means that there’s a best way to play. Which usually involves a couple of guns being far more effective than others. Warzone is no exception. Keep your finger on the pulse of the community to see which guns are OP and should be prioritised to increase your chances of winning.

Infinity Ward and Activision have released some absolutely tremendous gems in the series, such as Call of Duty Modern Warfare. So they had a lot to live upto with the release of Warzone. For the most part they can consider their battle royale a success. It’s true to the genre but offers some interesting and well thought out changes which add to the experience. Such as multiple possible respawns like the Gulag where if you die you have a chance to respawn if you win a 1v1 duel against another player. Couple that with Call of Duty’s hallmark impactful gameplay and you have a very fun, fast-paced satisfying experience.