Black Desert Online is a fantasy MMORPG game. Developed in 2014 by Pearl Abyss studio and created with the participation of Dae-Il Kima. Read about the game, which takes place in a fantasy world where two warring nations fight each other.

Black Desert Online is a sandbox-based video game that provides players a great degree of creativity.

It was initially released in December 2014 and officially published for Microsoft Windows in 2015, developed and published by the Korean video game developer Pearl Abyss in collaboration with Kakao Games.

Black Desert Online is a massively multiplayer online role-playing game (MMORPG) in which players join a vast playground with an exceptional combat system.

The game is available to play on PlayStation 4, Xbox One, PlayStation 5, Xbox Series X and Series S, and Microsoft Windows.

Black Desert Online is a 3D action-packed combat game. The game is about an adventure in an ancient region where you will fight with monsters, other players, and armies to complete the assigned quests.

Black Desert Online’s story takes place in a high fantasy world and all about the conflict between two rival nations, the Republic of Calpheon (materialistic mindset) and the Kingdom of Valencia (spiritual mindset). The game starts with a traveler who doesn’t remember anything.

Your main objectives in the game are to explore the fantasy world, complete the assigned quests, go for the hunt, gather valuable resources, craft, and trade, capture, and breed the horses.

There are no specific levels in the game. However, completing quests will earn you some perks and advantages.

In Black Desert Online, you will play with a customizable character. There are dozens of characters with different strengths and backstories in the game classified into different categories: 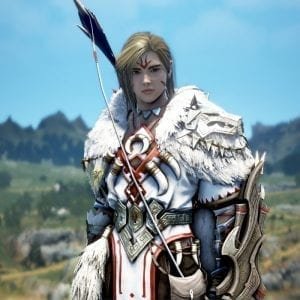 The warriors are skilled fighters with the same strength in attacking and defending. They use swords and shields as their primary weapons in a fight.

The rangers are good at distance fights. They use ranged archery attacks against the enemies. Their main goal to prevent the enemy from getting closer. This character is only based on a female character.

The sorceress is a female character that uses magic as its main strength. They are more effective in close-range fights. They are accommodating in defeating monsters. With a low level of defense, they mainly rely on attacking, dodging, and combining skills.

The berserkers are the giant characters yielding big double-axes as their weapon. They are slow because of their size, but their strength is more powerful than any other character.

The tamer is quite a different character in Black Desert Online with different abilities. The tamer’s primary weapon is a short sword, but its main strength is in summoning reinforcement that will help you in the battle.

A wizard or witch is a female and male kind of powerful magical character. Their magic can burn, freeze, and weaken the opponents using the forces of natural things like fire, water, wind, lightning, and earthquakes.

The Musas fight is a very skilled way. They have mastery in Martial Arts and fight with Blade and Horn Bow as their primary weapons. They are very effective in a 1-on-1 fight with great damage dealing.

The Maehwa is a female counterpart to Musa. They are very deadly in close encounter fight. With some glorious combo attacks, Maehwa has quite the same play style as Musa.

The valkyrie is a magical character that fights with a sword and shield. Their damage dealing is huge, and with their divine magic, they can also heal and empower the allies.

There are more characters to choose from, which makes the game interesting, with so many choices to play. Each character in the game has its main weapon, sub-weapon, and MP consumption. Everything in a character’s appearance is customizable, including face, hair, body, and voice. Choosing the right character can be a very crucial decision because some characters are simple to control, and some are very difficult.

The game’s main currency is silver that can help you with life skills like gatherings and farming. The life skills in Black Desert Online are:

Black Desert Online has an expansive world that contains an impressive array of features such as cities, weather, farms, and bandits. You can buy houses, horses, check the markets, and set the workers to tasks. You can see a mini-map on your screen while playing and can open it any time to avoid enemies and find friends. There are also various geographical locations in the game:

You will have to complete quests and earn points to unlock all the areas. The map of the game is very vast to explore. The towns, the cities are crawling with NPCs monsters, and you have to single-handedly fight them to secure the destination.

However, it somehow becomes a pay-to-win game because you will need a lot of silver in the game, and you have to spend a lot of time collecting it. So, saving time requires you to buy the silver from the Cash Shop with real-world currency. You also cannot expect to have cool outfits and pets without spending money on them for purchasing.

Is Black Desert Online Worth it?

Black Desert Online is a paid game. The price of the game ranges from $10 to $50. Also, a 7-day free trial is available for the players to get to know more about the game for convincing.

Black Desert Online has some of the best graphics on the market right now that provide an aesthetic feel to the world and characters. The landscape, armor, and visual effects are nice, and the sound combination also has a pleasing effect. Overall, it is fun to play this role-playing game.