Assassin’s Creed Valhalla – Everything you need to know

Assassin’s Creed Valhalla is an open-world RPG with stealthy elements. In the role of Eivor, a Viking from Norway, the player sets out to conquer England in the model of the ninth century.

Many historical characters, raids on Christian monasteries to develop their settlement, and the fight against the Order of the Ancients with the help of a hood and a hidden blade is available.

After a short prologue, the young Viking Eivor sails to England with his brother Sigurd in search of a better life. A new king appeared in Norway, and the named brother lost all opportunities to become a full-fledged ruler. This means you need to look for new perspectives.
Having founded the settlement of Ravensthorpe, the brothers are faced with the main task of finding allies both among the fellow countrymen who sailed here and settled and the Anglo-Saxons. The main storyline of Assassin’s Creed Valhalla is all about making alliances. 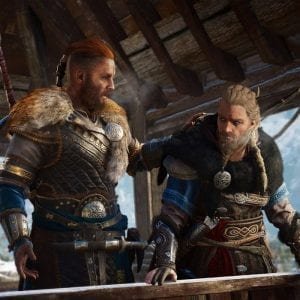 The gameplay of “Valhalla” also did not disappoint. Throughout all 70 hours of passage, robbing monasteries, fighting the Anglo-Saxons, hiding in the shadows, and killing with a hidden blade did not get bored.

The first thing a player needs to understand is that you shouldn’t include maximum difficulty when starting New Game. You increased the problem from “Adventurer” to “Explorer” and “Pathfinder”. But it was simply impossible to play the last two from the very beginning.

The story regions are almost always equal to the player’s level. But with a wild desire, you can even enter the locations that the game carefully marks in red. Enemies kill quickly there, but they also die quickly.

The only moment where you had to quit the quest chain at the very end was Asgard. The last boss in it was 100 levels of “power” higher than you. And the mechanics of fighting with him did not allow using cunning or their skills. You had to go through storylines in real England to raise the level and only then finish off the boss.

The content of the game world has become better. Questions from Origins and Odyssey have turned into glowing balls of yellow, blue, and white. They hide treasures, additional activities, and collectibles, respectively. By opening these balls, the player can see the type of activity or the things they hide.

The motivation to explore England comes from “world events” too. These are mini-stories 3-4 minutes long that show funny, sad, or creepy events. But you don’t forget them after doing them.

Moving along the storyline quest, one subconsciously wants to look into this cave, see what is there on the ruined tower or in that castle. And “Valhalla” always rewards curiosity with useful loot.

can be completed with the starting Raven armor and the starting ax and shield. The simple system for pumping equipment has become better. From a blacksmith shop, you can increase the level of your equipment – from ordinary to legendary.

The level of “power” does not depend on the chosen equipment. It only improves the characteristics. Increases “power” with the help of experience and investment of skill points in passive or active abilities in the pumping tree.

The ability to catch an enemy arrow and shoot it back from your bow, double stealth kill. The skill of throwing a weapon lying on the battlefield.

Melee combat seems boring at first. But as you level up and gain new abilities, skirmishes with opponents become more attractive.

Eivor’s active skills are no longer tied to magic and other nonsense. You are accumulating power for a powerful blow, grabbing an enemy, and introducing your fists to his face. Summoning a tamed wolf or holding your breath are all realistic. You can even pretend to be dead to let enemies get closer. And if you improve this ability, you can also use the hidden blade. 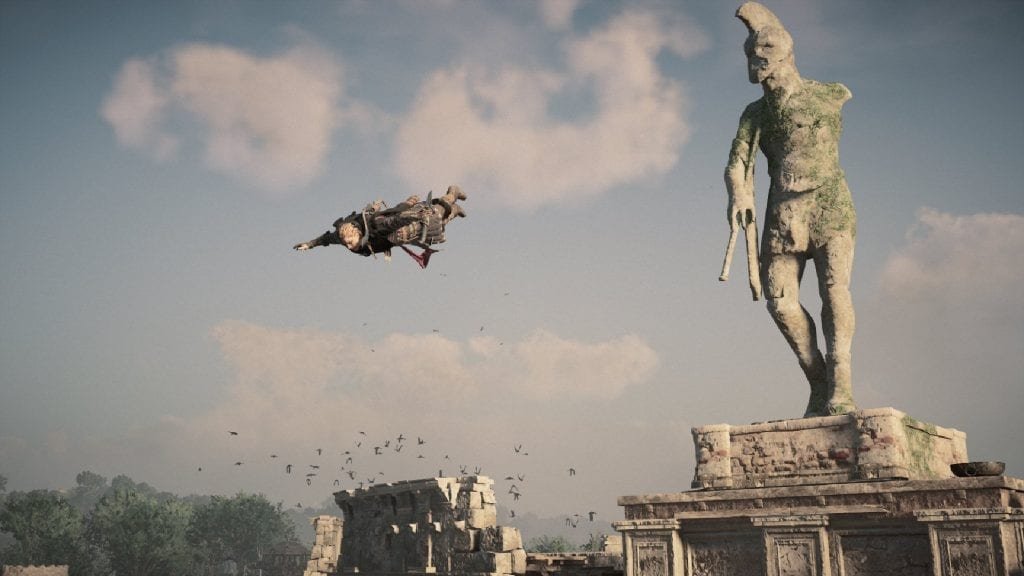 Ubisoft has balanced the killings with a stealthy blade, introducing an easy-to-understand mini-game. When you try to attack a strong enemy, a red zone appears on the screen. It would help if you pressed the stealth attack button in time. And if you manage to get into this zone, a murder will occur.
The same goes for ranged combat. If a player hits the head with a bow and the enemy level is equal to the character’s story, the enemy will fall dead.
For the first time in a long time, a different musical accompaniment appeared in the series. The background tracks continuously play during travel. This is very atmospheric and complements the look and design of England.

Not without problems (Cons)

There are no perfect games, and Valhalla confirms this rule. Despite all its merits, it came out crude technically. No critical bugs were encountered, but breaking character animations, melee finishing moves, and twitching clothes enrage. However, there are no complaints about animation quality – collision and physics of the open-world breakdown.

There is no ray tracing in the game, and the quality of “Valhalla” began to look worse than the same “Odyssey”. But it still manages to slow down and give out an unstable frame rate. Crashes to the desktop in the new Assassin’s Creed do not happen often, but they are.

Where to buy Assassin’s Creed Valhalla?