Are you tired of other players? Loners of the world can celebrate now that Apex Legends has added the option of a solo queue.

If you’re tough enough for it, you can now join a solo queue in Apex Legends, No-Fill Matchmaking, and skip having to wait for other players to join and you can tackle the game completely solo.

Normally when players are in the lobby, they will see a checkbox called “Fill Matchmaking”, which is the usual way of playing. If you’re currently alone, you will be paired with a squad for Duos or Trios. However, you will now have the option to uncheck the box, allowing you to form a team of one.

That said, this will not be intended to be the primary mode of gameplay because these matches will not be Ranked. According to information released by the developer Respawn Entertainment, this mode may be ideal for a variety of scenarios, such as completing certain Daily and Weekly challenges, challenging yourself or proving how ‘pro’ you are, or testing new aspects of the game at your own pace.

Starting in just a few days, the season 8 update will include a playlist called Ring Fury. In this gameplay mode, rings of fire will appear randomly all over the map. Players can avoid the flame or use a heat shield to survive the damage. As time goes on in the event, these fires will become more dangerous and frequent.

There will also be a br 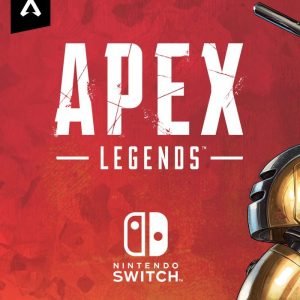 and new set of two dozen themed cosmetics (including legendary Kraber and EVA-8 weapon skins) being made available for purchase for Apex Coins or Crafting Metals and will be in Event Apex Packs for the duration of the event. As an added bonus, those that are able to collect all 24 event items will be rewarded with a set for Bangalore being unlocked.

During the Season 8 Chaos Theory event, players will be able to earn 1000 points per day, with new challenges refreshing each week. Stretch challenges have been tailored for the pros, rewarding players with four unique badges. These challenges will also stack with your existing Battle Pass, meaning you will be able to complete multiple at once.

The patch notes also indicated that there will be alterations to existing characters. Caustic players take note- there has been a significant change to the Nox Gas Grenade, with the cooldown increasing to 3.5 minutes and the damage changing to a flat 5hp per tick rather than gradually increasing from 6hp to 12hp per tick. Speaking candidly, the development team indicated that this was a nerf. Caustic was just too strong and too effective in too wide a range of scenarios, particularly because his gas-based attacks have such large areas of effect, obstruct vision, damage health directly, and have little effect on friendly teammates. That said, they also indicated that they will be monitoring gameplay and feedback, and if it appears that this significantly discourages players from picking Caustic, they may revisit some of the changes.

One very exciting element of this update was the launch of the Nintendo Switch version on March 9th. In addition, Switch players are given 30 free levels for their Season 8 Battle Pass and will earn double XP for the first two weeks after launch.

Apex Legends will work in the portable version of the Nintendo Switch in 576p resolution, and when connected to the TV, the image quality will increase to 720p.

If you are interested in learning some tips for Apex Legends take a closer look at Nintendo’s latest clip.