Among Us – Is the review really necessary?

Among Us reaches new heights of popularity. Is the success of this game lies in simplicity? Find it out.

Among Us is a multiplayer video game in the genre of Party and social deduction. Although Among Us was released two years ago, it gained massive popularity only this fall. Now the game is consistently at the top of Twitch in terms of the number of viewers. In terms of the number of online in Steam, it is second only to a couple of multiplayer giants.
One of the reasons for this popularity is simplicity. Anyone can start playing Among As because it resembles the good old Mafia game, which is interesting at any age. However, like all logic games, it is full of its nuances.

The most fun part of the game is the gameplay. If you have ever played the Mafia board game, then in general, you can assume that the game mechanics are familiar to you. Although the mechanics in Among Us have migrated a little truncated and changed. As in the Mafia, the gameplay depends on the role that you have in the game.

Among Us is a multiplayer online game designed for 4 to 10 players. Its essence is quite simple. At the beginning of each round, all players are randomly assigned one of two roles: Crewmate or an Impostor. The number of Impostors depends on the total number of players. 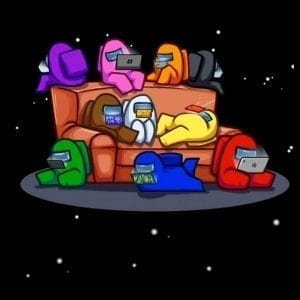 A crewmate is an analog of a civilian in the Mafia, an Impostor is an analog of a mafia. The goal of the first is to identify Impostors and expel them by voting. Simultaneously, performing various tasks presented in the form of simple mini-games. As soon as all the tasks are completed, the Impostors will lose.
Impostors must kill the crewmates and not let them do all the tasks. They will automatically win if there are as many of them as astronauts or if sabotage is successful, which will lead to a reactor explosion or an oxygen leak. To achieve their goal, impostors can lock rooms, turn off lights, and travel between rooms using hatches.

Please note that each new match in Among Us proceeds differently. And in some situations, you will be practically powerless. So there is no one-size-fits-all advice that you can always follow to win. However, the schemes presented below will increase the chances of success.

Tactics and strategy of playing Among Us

Among Us was earlier available on phones running Android and iOS but currently is approachable at computers and consoles as well. There were no major changes in the schedule. This game does not have high hardware requirements. So you can run it even on old hardware. Good job Innersloth.